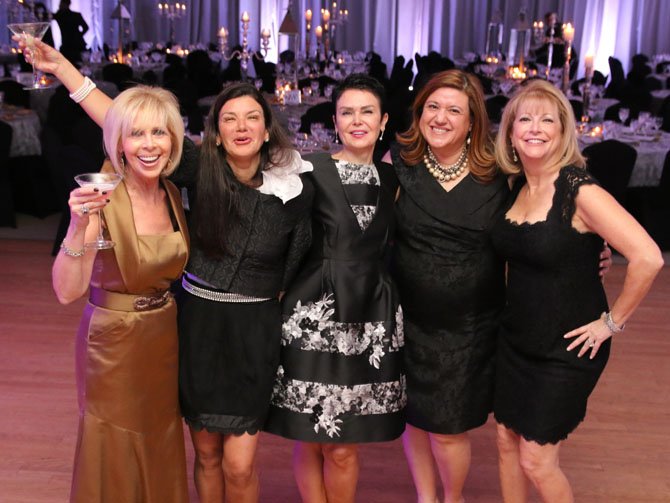 In 1988, the movie “Field of Dreams” inspired viewers with the motto, “If you build it, they will come.” Armed with this philosophy, and encouraged by a few residents who were also passionate about establishing a new synagogue in Potomac, Symcha and Rabbi Stuart Weinblatt set off on a mission to create, in Weinblatt’s words, “a place where members grow Jewishly and take their Jewish journey, where they could deepen their ties to Judaism and discover its beauty and relevance.”

Thus, 25 years ago, Congregation B’nai Tzedek began — and more than 600 families have come to make B’nai Tzedek their spiritual home. Four hundred members attended the 25th Anniversary Gala on April 5 — an event that “Honors Our Past, Celebrates Our Future.” Weinblatt was recognized for his dedication, inspiration and guidance as one of the founders of the synagogue.

Weinblatt was serving as a rabbi in Bowie, Md., when he came to the conclusion that he was no longer comfortable serving in the Reform movement. “I felt that the approach of Conservative Judaism, which seeks to blend tradition and change, with its embrace of Zionism and emphasis on community rather than individual choice was all more consistent with my view of Judaism.”

He began speaking with Randy Weiss and others who urged him to start a congregation in Montgomery County, closer to the center of the Jewish population. Even though he had a wife and young family, he took the chance and decided to devote himself to starting a new synagogue and growing its congregation.

In January 1988, Jill and Michael Weinstein became the first official members — and hosted the first meeting to discuss forming the new synagogue. They decided they wanted to create a “caring congregation, a learning congregation, a congregation where they would grow together — grow in connections to their heritage as well as in their knowledge and observance of Judaism.” They incorporated in March 1988 and held their first Passover Seder for 75 people on the third night of Passover at the Jewish Community Center. They met at Woodward High School, at the Potomac Community Center, the Harker School and the Ring House. Finally, in 1993, the pastoral land just off South Glen Road in Potomac became available and they purchased it and built their permanent synagogue.

In the past 25 years, the synagogue has expanded, celebrated its 13th anniversary (Bar Mitzvah), hosted dignitaries such as President Clinton, John McCain, Donna Shalala and others, hired a full-time cantor, Marshall Kapell, volunteered in local, national and international communities and even held a celebratory congregational 25-mile bike ride to all their former worship locations around Rockville, Potomac and Bethesda.

“It is truly amazing how quickly the time has flown,” said Weinblatt. “We have grown in so many ways. We are a learning community and a caring community. It is gratifying to know that so many friendships and relationships have been formed; how many children have studied, have gone to Israel and celebrated their b’nai mitzvah; how much Torah has been taught and put into practice; how many times we have comforted and consoled each other and provided a helping, loving and supporting hand or hug; how many have found the relevancy and meaningfulness of Judaism here; how many of our members have travelled with Symcha and me to Israel to deepen their connection to Judaism and their people; how active our members are in the greater Jewish community; how many holidays and joyous events have been shared and taken place here and all the other wonderful things that have transpired throughout the years because Symcha and I decided to take a chance. She has been an unbelievable partner and is truly the unsung hero of our story.”

To celebrate the silver anniversary, a committee planned a full year of events. The celebration began with a Shabbat dinner and ended with the gala. During the year, spiritual, educational and many other commemorative events were held to honor the 25 years of the Rabbi’s leadership, to celebrate the synagogue that the members have created and to pay tribute to the historical significance of those who have devoted themselves to making the synagogue what it is today.