Potomac: Weinblatt Named One of America’s Most Inspiring Rabbis
Votes

Potomac: Weinblatt Named One of America’s Most Inspiring Rabbis 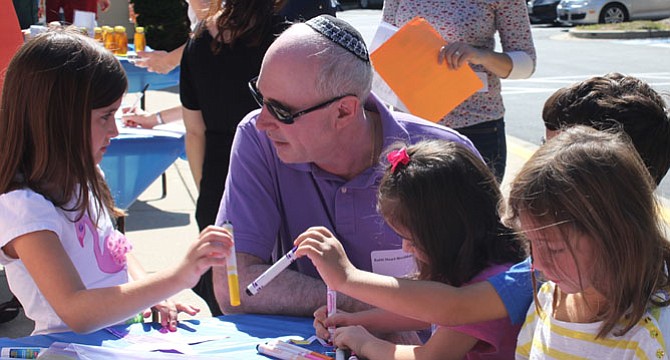 In 1988, Rabbi Stuart Weinblatt and his wife Symcha founded Congregation B’Nai Tzedek (CBT) with a few friends, a lot of prayers and many common goals. The Congregation has grown to include 650 families and nearly 2000 people. Over the years, he has been awarded such honors as “Best Rabbi in Washington,” by The Washington Jewish Week, “Man of the Year” by the Greater Washington Chapter of ORT, and the “Pillar of the Community” award by the Jewish Community Relations Council of Greater Washington. Last month, he was selected by Forward Newspaper as one of the 32 Most Inspirational Rabbis in America.

B’Nai Tzedek congregant Iris Myles is one of nine members of her synagogue who wrote a nomination recommending that Weinblatt be selected. “He is a rare rabbi who is able to blend the Jewish elements of secular life with the spiritual aspects that are crucial to me and my family,” she said. 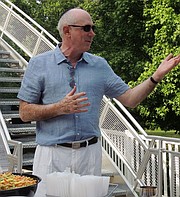 B’nai Tzedek President Burton Amernick said, “We are proud of Rabbi Weinblatt, and pleased that the Forward recognized what our congregation has long known. Rabbi Weinblatt’s compassion, ability to connect with congregants of all ages, and ability to communicate through both sermons and teaching, truly inspire our congregants and propel us toward a greater appreciation of our Jewish heritage and traditions.”

Weinblatt relishes the diversity of his multi-faceted position. He enjoys working within the congregation — teaching, preaching sermons, counseling and being there for others when they need him.

He is also involved in leadership roles within the community and the world. He is the president of the Rabbinic Cabinet of the Jewish Federations of North America. From 2009-2014 he served as director of Israel Policy and Advocacy for the Rabbinical Assembly. He has served as president of the Washington Board of Rabbis, twice chaired the National Convention of the Rabbinical Assembly and chaired the Annual Israel Bonds’ Ambassador’s Ball in Washington, D.C.

He has also held a number of leadership positions in local and national Jewish organizations. Weinblatt has been an adjunct professor at Wesley Theological Seminary in Washington, D.C. where he has taught Jewish history and theology.

But to put all these honors in perspective, he is also known for his sense of humor (voted wittiest in his class at high school), his books — “God, Prayer and Spirituality,” a compilation of his sermons and articles, and “Living in the Shadow of Death: A Rabbi Copes with Cancer,” and for his innovative leadership at the Congregation B’nai Tzedek.

“I chose to become a rabbi because the survival of Judaism and the Jewish people is the most important thing in the world to me,” said Weinblatt. “It means so much to me to be able to change and improve on the ways we deliver the message. In the summer, we hold services outdoors on Friday nights wherever people will come. We had 75 and 100 people came out and meet at the Avenel Swim Club this summer — and soon we will be meeting with young people on a rooftop downtown. We go to where the people are. Women meeting at a local deli over lunch, business professionals discussing Jewish ethics at a breakfast meeting, family retreats – we try to encourage relationships with the study of Judaism.” 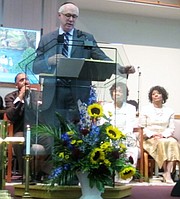 After his diagnosis of non-Hodgkin’s lymphoma, Weinblatt chose to deliver a sermon on Rosh Hashanah, 2010 on “What Cancer Has Taught Me.” In his sermon, he thanked his congregants for their loving support – and delved into a number of inspirational thoughts. Several of these are: “Remember to be good to your loved ones and to take care of each other. Be in the moment — but not to live just for the moment. (These two contrasting and conflicting notions, about living in the moment, but not just living for the moment are crucial. If you do one without the other, your life is unbalanced and incomplete. Combining the two elements is what puts life into the proper perspective and makes it worth living.) Since we never know what fate awaits us around the corner, and which doors are about to open, and which will close, maximize and enjoy life and every moment as much as possible. He also advises us to spend times with loved ones, live with purpose and connect with someone or something bigger than yourself. Never underestimate the love and support of one’s community, one’s family, friends, and loved ones.”

Bruce Genderson, former president of CBT, said, “Rabbi Weinblatt is inspirational for many reasons. He is dedicated to the Congregation and is directly involved in every aspect of congregational life. He is also dedicated to Israel and the greater Jewish Community, and not only inspires us through his sermons, but he lives what he preaches and is active and takes important leadership roles in a host of organizations that promote inclusiveness and greater understanding among all people. I was president of the Congregation when Rabbi Weinblatt was diagnosed with cancer, and I read many of the emails the Rabbi received from individuals of all faiths who were fighting cancer and read his sermon, and who thanked him for restoring their faith and giving them the courage to deal with their disease. He is also an incredibly hard worker, who has a schedule that leaves him very little personal time, and yet he is always there for congregants who need him. I am lucky to have Stuart as both my Rabbi and friend.”