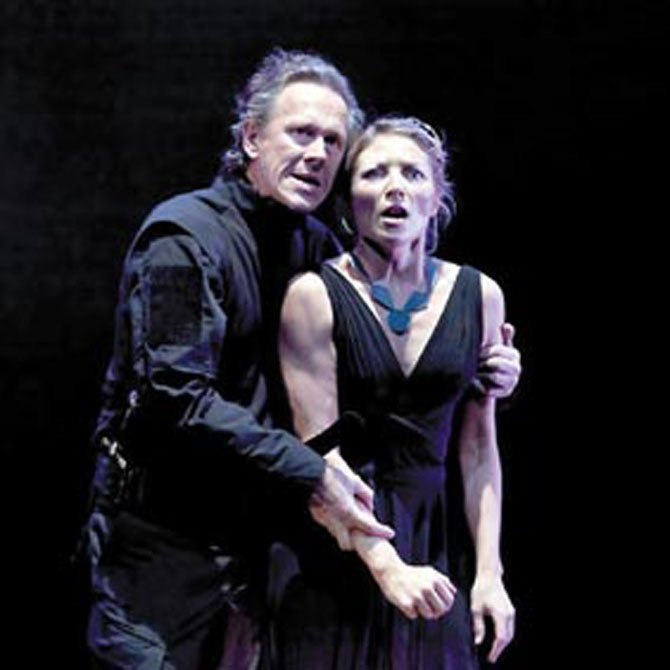 rendering of Shakespeare’s classic tragedy. In this brutal and chaotic tale, nothing is as it seems and men combat their own madness and fates. Aquila Theatre brings a modern-dress production of "Macbeth" to George Mason University’s Center for the Arts in Fairfax on Saturday, Jan. 28 at 8 p.m. A pre-performance discussion, free to ticket holders, begins 45 minutes prior to the performance on the Center’s Grand Tier III. Pre-performance discussions are sponsored by the Friends of the Center for the Arts.

First published in 1623, "Macbeth" tells the tale of Scottish general Macbeth, who, fresh from victory, encounters three witches in the forest on his journey home. The witches present a fascinating prophecy: one day, Macbeth will become the King of Scotland. When Lady Macbeth hears the news, she persuades her husband to commit regicide, leading the couple down a murderous and maddening path into war, insanity, guilt and death. Superstitiously called "the Scottish play," "Macbeth" has enjoyed substantial success throughout history, despite its reputation for being a cursed play.