The Best Cat a Girl Could Have
Votes

The Best Cat a Girl Could Have 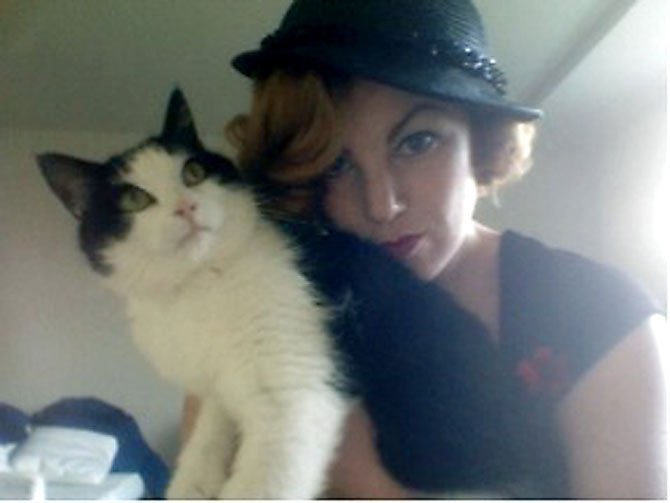 Will Haller poses with his English Setter Megan in their Springfield home.

Four years ago, Esme Bass moved to Springfield and adopted Jack, the bow-legged, cross-eyed cat that belonged to the previous owner of her apartment. Esme is unsure of how old Jack is, or what his story is, aside from the fact that he basically refused to leave her apartment, and continued to show up at her door long after his owners had moved. Esme describes Jack as "goofy and a bit stupid, but the best cat a girl could have." Jack loves laser toys and sleeping on freshly folded laundry. 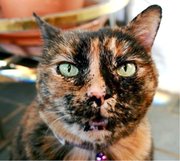 Stormy Scott accidentally burps while in the middle of a purr.

*Megan and her owner Will Haller are inseparable. Megan, an 8-year-old English Setter, has been with the Haller family since she was born. In that time, Megan has been with Will through a heart attack and a seizure - and she was the first to find him when he suffered a serious fall. Despite all this, Will - who is almost 80 - is incredibly active, walking Megan daily and working in his vegetable garden with his wife. Megan loves comfortable chairs, and hates cats.

Sam King stands on his porch and barks to his Springfield neighborhood.

*Katherine Scott’s daughter found a small kitten in a ditch during a rainstorm 14 years ago. They took the kitten in, dried her off, and named her Stormy. Everyday, Katherine, a Springfield native, and her daughter Samantha find out new things about Stormy - she loves doughnuts, likes to take baths in the sink, and often burps while she purrs.

"She’s one of the strangest animals I’ve ever met," said Samantha, "but she’s definitely the must unique and interesting."

*Sam King is a 120-pound English Setter with a habit for mischief. When he isn’t breaking out of the yard, he’s getting the cops called on him for "incessant barking." In between great escapes and being in trouble with the law, Sam enjoys rolling in mud and digging up his owner Jake King’s yard. After long days of being a menace, however, Sam will curl up in his owner’s lap, conveniently forgetting that he is not actually a lap dog.