Coordinator Jackie Phan made impression on residents of all ages. 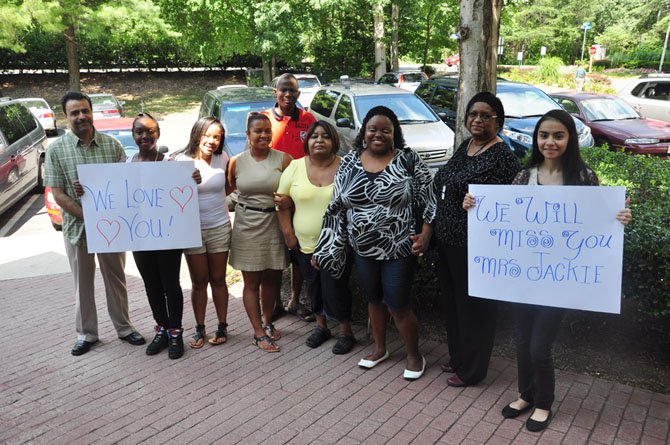 Jackie Phan, who served as community coordinator for the Stonegate Community Center, will move on to another position and will be missed by local residents. Photo by Alex McVeigh.

Reston — In her three-plus years as community coordinator for Stonegate Community Center in Reston, Jackie Phan impacted almost every single resident of the nearby apartment complex. Young children remember that a blue jeep meant "Ms. Jackie" was in, and the adults enjoyed working with her. Edia Bruce interned with Phan for two years, and praised Phan’s leadership style. 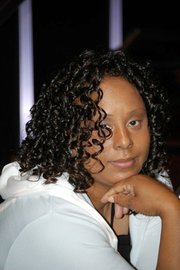 Jackie Phan, who served as community coordinator for the Stonegate Community Center, will move on to another position and will be missed by local residents.

"She had the very special quality to be able to lead, but without making you feel like you were being pushed around or bullied," she said. "We all learned to depend on what she says, because she’s a fountain of resources, I’ve never seen anybody capable of making connections like she could. This community had gotten great benefits because of her networking."

Sandra Nosegbe said it seemed like Phan was always hard at work.

"I would get home late and still see her office light on, she’d be in there working," she said. "And she was always ready to bring the community together for a meeting to discuss anything that was important, and she always had the right information to give us."

PHAN HELPED coordinate many activities for local residents, including lunch programs, basketball games at the nearby courts, movie nights, Bingo nights, senior citizens’ activities and Mary Kay nights for women. She also set up an after-school lounge for community children to come in and do homework.

"She had made such a difference to my family, babysitting when I needed to work a late shift and creating programs to keep them involved with their community," he said. "I don’t think I have ever met anyone as trustworthy as her, someone who I was never afraid to let watch my kids."

Phan also got children involved in a cheerleading program, founding the Jetz, a Reston-based All-star team in 2006.

"I was feeling like I needed a way to express myself and Ms. Phan knew exactly what I would like, she recommended the cheerleading program," said Dymond Harris, 12.

Sesay remembers his daughter looking for ways to get her out of her shell when Phan recommended the cheerleading program.

"She was very shy and looking to learn something new when Jackie called and said she might like cheerleading," he said. "And she was absolutely right, my daughter loved it."

Tamara Dean was another resident who learned a lot from Phan.

"Before I met her, I wasn’t all that confident, but just being around her and watching how confident she was, how she always went after what she wanted, I started to pick things up," she said. "Now I know that I just need to chase what I want and not give up."

STONEGATE has a diverse population, with residents that are natives of countries across Asia, Africa and the Middle East.

Abdul Raufi has lived in Stonegate for the past seven years, and noticed two major changes as soon as Phan arrived: More people became involved in the community, and their access to local services improved. He was also a direct beneficiary of her generosity.

"I had a family emergency back in Afghanistan, and I had to go home. While I was away, I was let go from my company and started looking for a job as soon as I got back," he said. "I had a Cox bill of about $200 for some kind of interest, and told Jackie about it, and she immediately got on the phone and got credits to reduce the bill to $80."

"If she had a sign on her head, it would say ‘the best and nothing less,’" Bruce said.