‘Tomorrow Is Up to Us,’ Woodson Graduates Told
Votes

‘Tomorrow Is Up to Us,’ Woodson Graduates Told 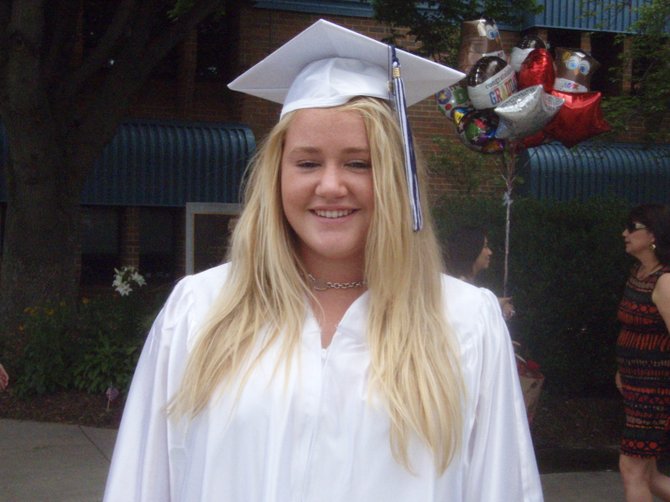 "When we went to the Stotesberry Rigotta for crew. It was probably the most fun I’ve had all four years," Ally Batal said on what was the most memorable moment of high school for her. 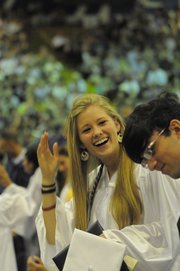 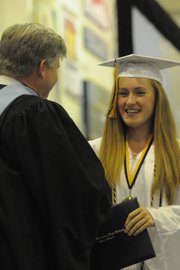 Parents and friends settled into their seats just before 1 p.m. on Thursday, June 14, all eager to watch the seniors of W. T. Woodson High School become graduates. The low rustling ceased immediately as the Woodson band began Pomp and Circumstance to announce their arrival.

Of the over 430 graduates at W.T. Woodson, 97 were Honor graduates—students graduating with over a 4.0 GPA. Many of the graduates were also moving on to military service academies or ROTC. The students elected a speaker from among their peers, County Student Peace Award recipient David Tannenbaum, to send them off with a Charge to the Class.

Though he kept his speech concise, Tannenbaum easily elicited laughs and cheers from his fellow seniors as he reminded them what they’d accomplished in their past four years. "Today is graduation," said Tannenbaum. "Tomorrow is up to us."

The guest speaker, Admiral Thad W. Allen, formerly of the U.S. Coast Guard, had a similar message. "You are the architects of the future," he reminded them. "You are the message we send to the future." The students remained silent through his speech, letting the meaning of his words sink in. "Define who you are," advised Allen. "And make sure you understand what you value."

When the last of the Woodson High School Class of 2012 graduates walked across the stage, her applause was the loudest yet. Once she returned to her seat, all eyes were on Woodson Principal Jeff Yost at the podium. Upon his words of "Congratulations, Woodson graduates!" 435 caps flew into the rafters.