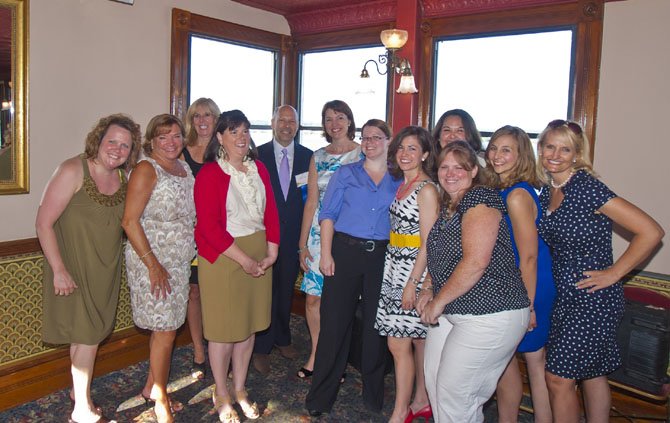 ACVA president and CEO Stephanie Pace Brown, sixth from left, joins board chairman Jody Manor and the ACVA staff for a group photo aboard the Cherry Blossom during the June 15 Summer Social. The event served as a farewell to Brown, who will take over as president of the Asheville, N.C. Convention and Visitors Bureau. Photo Contributed

Alexandria — The Alexandria Convention & Visitors Association celebrated five years of accomplishments June 15 at its annual Summer Social, an event that also served as a farewell to ACVA President and CEO Stephanie Pace Brown. 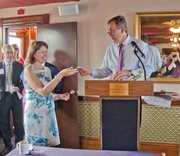 “I'm going to miss Alexandria and the incredible people that I have worked with over the years,” said Brown, who is taking over as president of the Asheville Convention and Visitors Bureau in Asheville, N.C. following five years at the helm of ACVA. “But I am excited about the move and looking forward to the exciting challenges ahead for me.”

ACVA used the occasion to highlight the economic impact of tourism on the city, noting that visitor spending jumped nearly 17 percent in a five-year period when visitor spending increased an average of 7 percent in Virginia, dramatically outpacing regional neighborhoods.

The program included remarks from ACVA board chairman Jody Manor, former board chair Charlotte Hall and Deputy City Manager Mark Jinks, who presented Brown with a parting gift from the city. 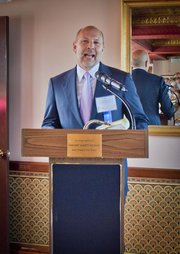 ACVA board chairman Jody Manor makes remarks during the June 15 Summer Social aboard the Cherry Blossom.

As city council's representative on the ACVA board, Councilman Paul Smedberg praised the organization's accomplishments under Brown's leadership, which included the launch of a new consumer brand for the city, “Shop, Dine & Celebrate on America's Historic Main Streets,” the creation of an advertising strategy reaching 100 million households, and the launch and relaunch of VisitAlexandriaVA.com.

Smedberg noted that in February, the ACVA sales team — led by Vice President of Sales Lorraine Lloyd, who will be serving as the interim CEO — announced that they had booked $1 million in business for Alexandria in one month.

A recent study of destination advertising placed by the ACVA found that for each dollar spent, the return on investment was $133 in visitor spending and $4 in city tax revenue. As a result, in the 2013 budget, City Council awarded ACVA an additional $100,000 for advertising.

The event was sponsored by the Alexandria Hotel Association and hosted by the Potomac Riverboat Company aboard the Cherry Blossom.