Alexandria — Jimmie Rex McClellan can knowledgeably discuss minnow fishing on the Brazos River, lemurs in Madagascar, and the Ku Klux Klan in Texas. He’s an author, an educator, and a recipient of the Distinguished Alumni Award from the University of Texas, the highest honor given by the University to any graduate, a seven-term member of Alexandria’s Human Rights Commission, and a world-class kayaker. McClellan is a smart, dedicated “Energizer Bunny,” who just keeps going and going and .… 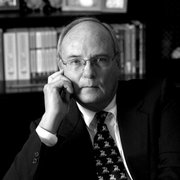 Jimmie Rex McClellan: Author, educator, and recipient of the Distinguished Alumni Award from the University of Texas.

A hard worker throughout his life, McClellan grew up in East Texas and at age 15 he was trapping minnows in the Brazos River and selling them to bait camps for a penny a piece. His parents ran a small grocery, which catered to poor whites and poor blacks. McClellan says they dispensed credit liberally. “My parents were generous people. My father fished on weekends and gave his catch away.” To attract fish Jimmie and his father filled bags with unsold produce and drove 80 miles to make bait drops in the river. When he wasn’t trapping, McClellan read through a stack of books that he also carried to the river.

To earn the money for his BA in political science at the University of Texas, Jimmie worked four years after school as a dairy hand. While getting his master’s degree in history, he worked at a cardboard box factory in Arlington, Texas. On looking back he says, “The factory was over 100 degrees and had no cooling system. I was the only Anglo working with a crew of Chicanos. The front office was air conditioned and staffed entirely by Anglos.” During his freshman year, the UT enrolled a small percentage of black students. McClellan says, “You could almost cut the racism with a knife. Many institutions preach the same racism, and I became interested in the problem.” He and about 10 friends became the civil rights and the peace movements. “A small number of people can make a lot of noise, and I had to do something. He tells of the group going to an integrated restaurant and ordering pancakes. When the order finally came, it was covered not with syrup but urine.  McClellan lived in an off-campus apartment his last two years where he received threatening calls at night from the Klu Klux Klan. He says now, “I was not as scared as I should have been. My Dad disowned me for awhile. He was respectful towards African-Americans, but it hadn’t dawned him that segregation wasn’t right. He would be angry but defended me.”

At UT, McClellan joined ROTC and the Army Reserves. As president of the Texas Intercollegiate Student Association, he spoke around the state protesting the Vietnam War. His high profile earned him much attention and a government discharge from ROTC and the Reserves.

McClellan left Texas and headed for Washington, D.C. Once there he continued studying for advanced degrees and tried out various occupations, including serving in the U.S. Office of Education and continued with his civil rights and peace activities.

In 1972, McClellan managed the presidential campaign of Dr. Benjamin Spock. He says, “The campaign was intended to assure that issues of war and peace, civil rights, universal medical care. and the environment were not ignored during the election year.” One of Spock’s biographers (Thomas Maier) wrote that Spock asked McClellan to run his maverick campaign for president, even though McClellan had no national experience. “What he lacked on traditional political sophistication, McClellan tried to makeup with idealistic fervor and a willingness to try anything.” This willingness shone brightly when McClellan took a job at 7-11. He clerked on a midnight to dawn shift, which included picking up cigarette butts and beer can pop tops in the parking lot, an endeavor that he says finally convinced him to move into a new profession.

By 1975 he had a master of philosophy from George Washington University and joined the faculty of Northern Virginia Community College. He earned his Ph.D. from The Union Institute of Cincinnati and his doctoral studies were conducted at the Institute for Policy Studies in Washington. McClellan also did post-grad work in political science at Georgetown and George Washington universities.

McClellan began teaching history at NVCC’s Alexandria Campus a few years after its founding. In 2009, he became dean of Liberal Arts and oversaw the merger of two academic divisions, which resulted in supervision over 14 departments, 320 faculty members, and a writing center. During his career he also taught political science and served four terms as chair of the Alexandria Campus Council, four terms as chair of the College Senate, and one term as president of the Virginia Community Colleges Association. In a total divergence of disciplines, McClellan also taught beginning, intermediate, and advanced unicycle at a local dance school from 1985-90.

He has written numerous articles, a two-volume examination of American History, and for 14 years produced a weekly newspaper column on current events. When Benjamin Spock died in 1998, McClellan wrote and delivered a eulogy praising Spock’s fearlessness and courage on a civil rights march in Louisiana. “If he felt any fear, he did not show it. I admire him for that.”

In his home community of Alexandria, McClellan served seven terms as a commissioner of Human Rights during which he chaired the Alexandria Commission and was president of the Virginia Association of Human Rights Commissioners. In 1990, McClellan obtained agreements from 114 local dry cleaners to stop pricing practices discriminating against women customers. He secured a process for civilian review of police conduct and composed two bronze markers: One commemorates the five courageous citizens who integrated the Alexandria Library and the second remembers the 1971 Titans football team who helped integrate and unite T.C. Williams High School.

McClellan’s academic division is currently working on a documentary about Gabriel Prosser, a slave who tried to overthrow slavery in 1800 and had to be legally purchased before he could be hanged.

McClellan and his wife Catherine have a daughter Shannon and three granddaughters: seven, five, and three months. Shannon and her husband met in the Peace Corps and have lived in Madagascar for the past 14 years, which accounts for McClellan’s lemur lore.

The McClellans keep up with Madagascar and the rest of the world by watching early morning world news from BBC, Aljazeera English, France 24, and other international TV stations. He’s an avid reader, enjoys films, and favors Downton Abbey on TV. Even an Energizer Bunny needs down time.