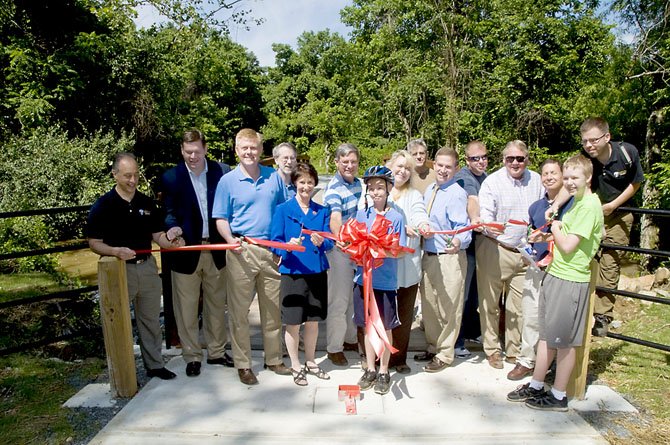 The collaborative, $814,000 project, funded by a 2007 transportation bond, created two new sections of trail and one stream crossing. The project connects the VRE station with local businesses as well as residential communities and other trails.

The project, according to Supervisor John Cook (R-Braddock), depended on the cooperation of the Fairfax County Board of Supervisors, Department of Transportation (FCDOT), the Park Authority, the Burke Centre Conservancy, the Virginia Rail Express, the Facilities and Management Department and the Townes of Burke Homeowners Association.

"Trails are about connectivity. They link together our communities and bring us closer to the natural environment. Our trails are heavily used for walking, running, and biking, both for recreation and for mobility," Cook said.

Each year, events are held to help promote awareness of the wide variety of benefits that trails provide, to encourage people to discover their local trails and to instill excitement for the outdoors. National Trails Day, sponsored by the American Hiking Society, is held every year on the first Saturday in June.