Clifton Teen on a Mission
Votes

Clifton Teen on a Mission

The Thiel Fellowship is a program sponsored by Billionaire Peter Thiel that awards $100,000 to 20 entrepreneurial candidates under the age of 20. Some of the fellows include teenaged biochemists who have their eyes fixed on extending the human life span and curing cancer, and MIT drop-outs who find that their time is best spent harnessing nuclear energy. 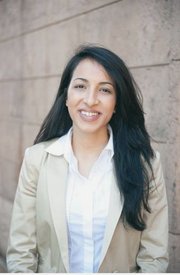 At 18 years old, Noor Siddiqui is one of the youngest fellows in the under 20 Thiel Fellowship Program.

One Clifton native, Noor Siddiqui has just been awarded the title of 2012 Theil Fellow. "When I first received the news, I was very humbled, thrilled, and surprised that I had been selected. It's really exciting just to be in the same league with the rest of the fellows."

Siddiqui just recently graduated high school and declined offers from both Brown University and the University of Chicago, to pursue her dream: To change the way the world responds to persistent poverty. "I don’t think I’m giving up anything by not going to college, I'm just on a different track."

Siddiqui’s plan of action is fueled by intense passion and ambition that she said stems from being able to witness global poverty, first hand when she recently traveled to Pakistan. "You see people who are very much like yourself, very capable and motivated but they just need to be empowered," Siddiqui said. "In ten years I hope to be empowering a lot of people."

The decision to forgo the path of a college education is a topic that has sparked controversy all over the country as more and more members of the Internet Generation are choosing strike out on their own in light of astonishing price tags that accompany a bachelors degree.

Siddiqui admitted, "I didn't tell my parents before I applied." She has now crafted her own "rubric for success," and will measure her success not in dollars, but by the number of people she can help succeed.

Noor Siddiqui is out to change the world in a big way. Her ambition to turn the bottom billion into a force of self-sustaining constructive human beings is one of the most altruistic the Thiel Fellowship has ever seen. "I'm getting the best of both worlds. I am making the best possible use of a time when I'll struggle the most but also make the most progress." Siddiqui said, "And I believe the underdog always comes through."