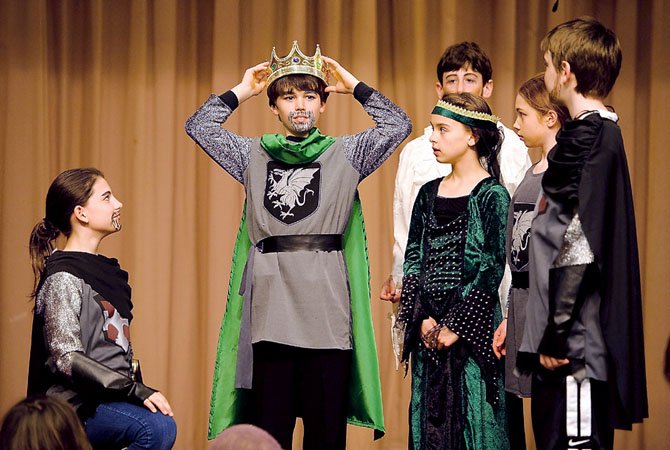 Andrew Brown as Malcolm, is crowned King of Scotland in the presence of Sarah Yoest, Bergen Romness, Will Clough, Ashley Girod and Eoghan Butler. Photo by Louise Krafft. 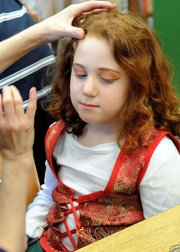 The students of Jamestown Elementary School brought down the curtain on their final performance Friday, March 16 of “Jamestown Rocks the Bard.” More than 200 people were involved in this year’s production. Students from Yorktown High School and Williamsburg Middle School worked as student directors for the performance of four versions of plays by Shakespeare.

The first and second graders performed “Romeo & Juliet,” the third graders appeared in “A Midsummer Night’s Dream,” the fourth graders played “The Tempest” and the fifth graders concluded the evening with “Macbeth.” The 5th grade troupe has been invited to perform their version of “Macbeth” at the Annual Children's Shakespeare Festival at the Folger Theater on May 15.