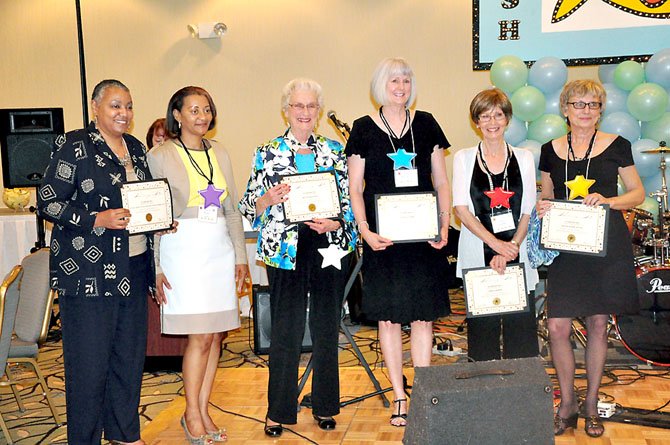 Herndon — Most guests at the annual Herndon-Reston FISH Fling Saturday, May 19 were already familiar with the work done by Friendly Instant Sympathetic Help. George Buckfield of Centreville wasn’t very familiar, but it didn’t take long into dinner for him to realize their impact.

"We sat down, and there were all these scrolls at the table. Out of curiosity I started opening them, and the stories I read were just incredible," he said, referring to the stories of FISH providing for those in need. 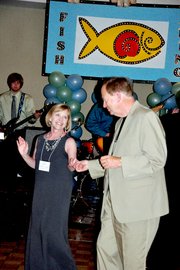 One scroll told the story of a divorced mother of four who was diagnosed with multiple sclerosis, and lost several weeks of work. FISH helped her supplement her rent payments until she returned to work.

Another told the story of a grandmother taking care of her grandchild because the mother suddenly passed away. FISH helped the grandmother make her rent payment while she got a job and waited for her first check.

There have been hundreds of stories like this since FISH was founded in 1969. In additional to rent assistance, they help provide home furnishings to those in need, drive people to medical appointments, make utility payments and run financial workshops to mentor their clients.

"The words, friendly, sympathetic, instant and sympathetic are what I start each of my classes with," said Don Owens, who teaches one of the budget workshops. "It’s those words that help keep the lights on for our clients, or help them from being evicted."

It was also a year of change for FISH.

Guests hit the dance floor during the annual FISH Fling Saturday, May 19 at the Crowne Plaza in Herndon.

"Our longtime executive director Sherri Longhill moved on to other opportunities. She was a special person, and we were fortunate enough to get some special people to replace her," said Janet Hyman, president of FISH’s board. "We’ve got a new director, Gale Napoliello and a lot of people who helped us keep going in the interim. The event also honored four longtime volunteers and one company as their annual Star FISH, volunteers who are recognized for their exceptional efforts.

Diane Hardcastle, who currently serves as treasurer, began volunteering with her husband Jim in 1980 answering assistance calls and moving furniture.

"She has been treasurer since 2009, which became increasingly complex as FISH experienced growth," Hyman said. "She helped us move our record keeping fully into the digital age."

Chris Griffin, along with her husband, Owens, hosted board meetings at their Herndon office for years, and has served on the corporate board of directors for several years.

Hyman also thanked Griffin and Owens for "their ongoing generosity donating some of the raffle offerings, which helps fund our vital assistance work."

Sue Maynard began volunteering at The Bargain Loft, FISH’s volunteer-run thrift store, in 1981. She ran the toy department for 15 years, and served two separate times on the board. She also serves as the historian, putting together scrapbooks highlighting FISH’s four-plus decades of work.

Helen Sellman was the fourth individual honored. She has served with FISH since 2004, served three years on the board and still works at The Bargain Loft.

This year also marked the first time FISH honored a company, the National Rural Telecommunications Cooperative. They have sponsored the FISH Fling for the past six years in addition to other work.

"Employees have collected food and gifts for our annual Holiday Basket programs, which they began each autumn to make the holidays brighter for so many families," Hyman said.

THE EVENT also featured a silent and live auction, which was called by Del. Tom Rust (R-86), which helped raise more funds.

"It’s a sign of how deep this organization has planted roots into this community that this event was attended by a who’s who of the Herndon and Reston area," said Roger McCallum, a guest at the event. "Knowing everything they do for the people who need it the most, it’s the least we can do to support them."

More information on services provided by FISH can be found at www.herndonrestonfish.org.