Horse Stable Could Be Closed to Protect Cemetery and Historic Plantation 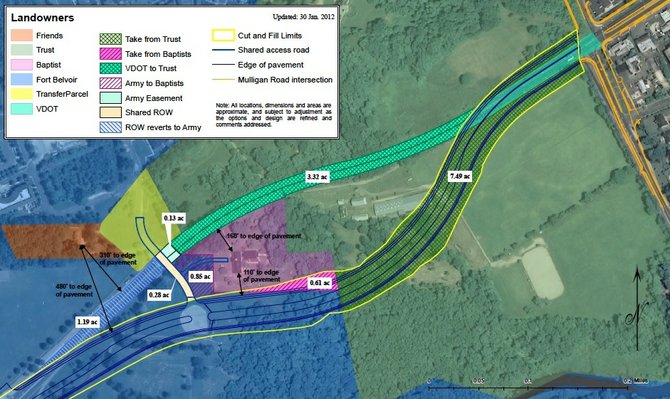 The southern bypass option avoids exhuming the graves at Woodlawn Baptist Church, although it would force the historic Woodlawn stables to close. Courtesy of the Federal Highway Administration

Courtesy of the Federal Highway Administration

Widening Richmond Highway in its current location would encroach on land that's protected by the National Trust for Historic Preservation. 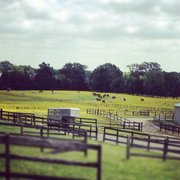 If the Federal Highway Administration decides to select the southern bypass, this field would become the location of a new stretch of Richmond Highway. 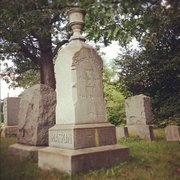 These graves at Woodlawn Baptist Church would have to be exhumed if Richmond Highway is widened in place.

The hill where Woodlawn Baptist Church graveyard is located offers a commanding view of an area in the midst of drastic change. Thousands of new daily commuters zoom along Richmond Highway as a result of a BRAC-related expansion of Fort Belvoir. If the road is widened in place, Pastor Travis Hilton says, that would mean the end for the cemetery.

“Part of our cemetery would have to be removed, the bodies exhumed and placed somewhere else,” said Hilton one recent afternoon as cars zoomed around the base of the hill. “Obviously the families would prefer the graves stay where they are.”

That’s why federal officials have created an alternative scenario that would route the wider version of Richmond Highway to the south and east, avoiding the cemetery altogether. That route would also avoid encroaching on Woodlawn Plantation, which is protected by the National Trust for Historic Preservation. But it would mean that a historic horse stable that’s been in operation for many years could have to close.

“It seems to me like in its current location there is adequate room on both sides to give a little and keep the road where it’s at,” said Farrier Arvin Reynolds as he hammered nails into a new pair of horse shoes. “That way both properties give up a little bit and you won't be destroying the historical properties we have here.”

THE MONEY TO WIDEN Richmond Highway was set aside last year by U.S. Rep. Jim Moran (D-8), who secured $180 million for the project. Now the Federal Highway Administration has until next month to select which route to use. Moran said the final decision about how and where to widen the road may be influenced by the lease agreement between the stable and Woodlawn Plantation, which is owned and operated by the National Trust.

Now federal officials have to find a way to thread the needle in this corner of southeast Fairfax County, which is littered with historic sites.

“There's a lot of history here,” said Del. Scott Surovell (D-44). “Obviously you've got these historic graves up here with Woodlawn Baptist Church. And then over here in the woods is the Frank Lloyd Wright House, the Pope Lehigh House, which was actually moved here because of another road widening in the 1960s when they built I-66.”