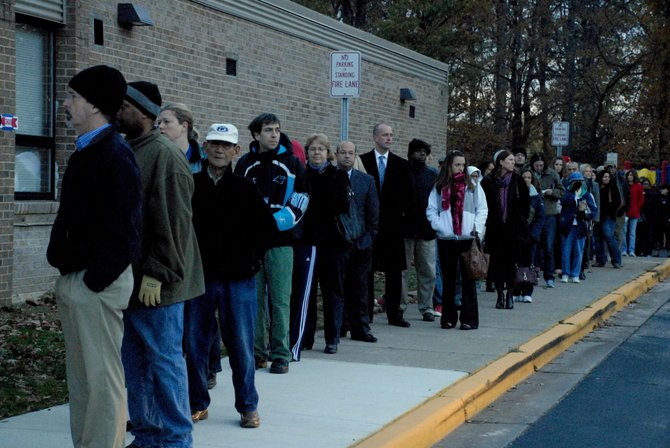 While voter turnout in Fairfax County on Election Day was at an all-time high--80.5 percent of registered voters cast their ballots, compared to 78.7 percent in 2008--some voters faced long lines and endured hours of waiting in the cold to cast their ballots. 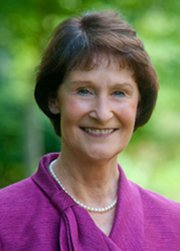 Lines and waits varied throughout the County’s 237 precincts. Voters at Vienna’s Flint Hill Elementary School reported ample parking and virtually no lines. At other locations however, lines snaked around elementary school parking lots and through buildings, and it was not unusual for voters to have a wait over an hour.

“I had to wait nearly two hours to vote at Franconia,” said Dwayne Hardee, 29, who attended the Democratic victory party at the Tysons Sheraton Tuesday. According to Cameron Quinn, the County’s chief election official, the last voter at the Skyline precinct in Bailey’s Crossroads voted before 10 p.m. Polls closed at 7 p.m., so some voters waited nearly three hours before casting their ballots.

Long wait times and other voting-day issues concerned Board of Supervisors Chairman Sharon Bulova (D-at-large), who called for the creation of a bi-partisan commission to streamline the process and analyze inefficiencies.

“While all together the day went well, I think it would be beneficial to examine what lessons we can learn from the 2012 Election,” Bulova said on Wednesday, adding that she waited only 20 minutes at Villa precinct Tuesday morning to vote.

“I plan to present this issue to the Board of Supervisors at our next meeting and suggest the formation of a bi-partisan commission to identify ways to reduce lines, decrease wait times, and streamline our election process,” she said. The next Board of Supervisors meeting takes place on Tuesday, Nov. 20.

She said the commission will review and make recommendations regarding Fairfax County’s election process. “The commission will be asked to concentrate on ways to improve the County’s efficiency on Election Day, with a specific focus on addressing wait times, long lines and other voting issues,” Bulova said.

Elections officials said a shortage of poll volunteers coupled with complicated ballot questions and bond issues meant some voters took much longer to finish their ballots.

While long lines created headaches for hundreds of Fairfax County voters, it was much worse in some parts of the state. In Prince William County, some voters faced five-hour waits before casting their ballots.

"Asking anyone to wait several hours is unacceptable," Virginia Democratic Party Chairman Brian Moran said in a statement Wednesday. "Why did it go so poorly this year and why were these long lines experienced? We're going to be a battleground state, so ultimately we don't want this to happen again. Let's take the proper steps. Let's fix it."