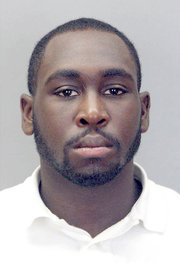 He wasn’t a member of the paid staff of the King’s Chapel Church, 12925 Braddock Road, but volunteered there for several years. However, police began an investigation after receiving a call from the parents of a 14-year-old who reportedly said that West had given him or her—and other teens—a massage. After questioning the teenager further, the parents learned of the alleged abuses and contacted police on Aug. 3.

Fairfax County police urge motorists to be extra vigilant for pedestrians and bicyclists, now that school is once again in session. Commuters should expect increased congestion throughout the week and build time into their schedules to accommodate for this traditionally heavy time period.

Police also remind drivers that, when bus lights and stop signs are activated, vehicles must stop in both directions, unless they are separated from the bus by a median. In 2011, officers issued 1,364 citations for speeding in school zones. They issued 364 citations for improperly passing school buses and not stopping for school buses with flashing lights.

Charlie Strunk, the county bicycle coordinator, is now incorporating final comments into the plan and finalizing the map of recommended bike facilities. It’s expected to go before the Planning Commission in early 2013 and then to the Board of Supervisors for possible adoption.