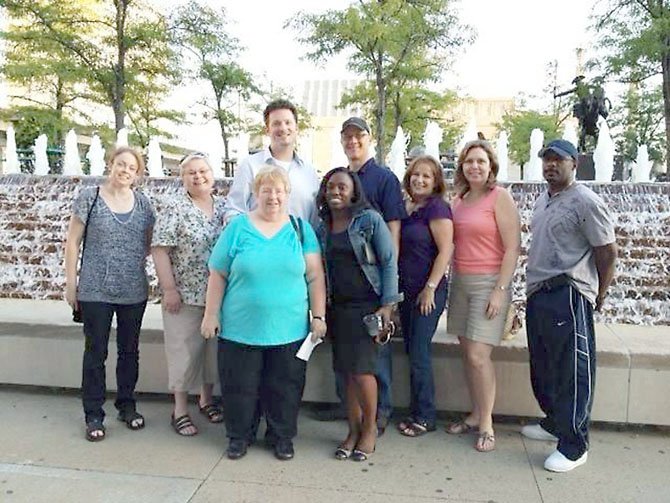 “You see community after community that has changed perceptions about the chronic homeless. We can do the same in our community.”

Fewer families experienced homelessness in Fairfax County this year, a 16 percent decline stemming largely from the County’s “housing first” focus, which rapidly identifies housing for those living on the edge. 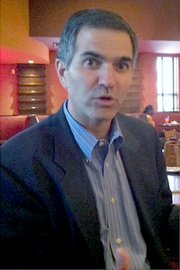 But the number of chronic homeless—the most entrenched street dwellers and vulnerable individuals—jumped 20 percent this year.

According to the September report released by the Fairfax County Office to Prevent and End Homelessness (OPEH), 51 percent of single homeless individuals (353 people) were identified as chronically homeless in 2012, compared to 39 percent in 2011. An additional 43 adults were counted as unsheltered in 2012 over the previous year.

It’s those numbers that trouble many in the County’s nonprofit community. And as the weather begins to turn colder, county officials are seeking ways to help the homeless population most at risk to hypothermia and other medical problems.

Dean Klein, director of Fairfax County’s OPEH, announced last week that Fairfax County is embarking on an ambitious new approach in dealing with the county’s chronically homeless, those who need not only a home but also the “wrap-around” medical services necessary to maintain permanent housing.

“We are currently organizing our teams to get our most vulnerable and chronic population off the streets,” Klein said. “The chronically homeless are the most medically and physically fragile.”

Klein said Fairfax County’s efforts are part of a national movement of communities working together to find permanent homes for 100,000 of the country’s most vulnerable and chronically homeless individuals and families.

MARSHALING THE FORCES of government agencies, faith-based communities, businesses and nonprofit partners, the campaign—called “100,000 Homes”—seeks to provide housing, counseling, treatment and other services aimed at helping people stay off the streets permanently.

Supported by a broad base of national and local partners, the campaign is fundamentally altering the response to homelessness by giving communities concrete tools that work and connecting them to like-minded advocates across the country. 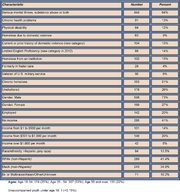 According to county leaders, the plan is a "more intelligent way to invest in the homeless," because it creates permanent solutions to what many see as an intractable problem.

“What is different is that people don’t have to be completely stabilized where their mental health or addiction issues are concerned before they get housing,” said Tom Nichols, executive program director of Volunteers of America-Bailys Crossroads Shelter.

“The success of the program is based on the fact that being in permanent housing is significant motivation to address these issues without the added pressures of living on the street,” Nichols said.

ACCORDING TO PAULA SAMPSON, the director of Fairfax County’s Department of Housing and Community Development, the “100,000 Homes” initiative fits with Fairfax County’s Housing Blueprint, which identifies ending homelessness in 10 years as one of its four principal goals.

“(We bring) to the table a variety of resources that provide permanent, affordable housing to Fairfax County’s homeless population,” Sampson said, noting that the fiscal year 2013 Housing Blueprint provides a total of 196 new permanent housing opportunities for homeless individuals and families, including the chronically homeless.

“The FY 2013 Housing Blueprint also provides 84 housing opportunities for persons with special needs, including persons with disabilities, victims of domestic violence and seniors, many of whom would be homeless or at-risk of homelessness but for these resources,” said Sampson.

Klein said Fairfax County will also benefit from other communities that have had success with the campaign.

“We’re looking at implementing regional solutions to the issue of preventing and ending homelessness and one impressive example in a neighboring community is what they’ve been able to achieve in Arlington,” Klein said.

Arlington kicked off its campaign last October, when 150 volunteers and civic leaders hit the streets before dawn to survey and register homeless persons living on the streets of Arlington. One of the key strategies of the campaign is train teams to identify the chronic homeless during “registry week.”

“Two County Board members, Jay Fissette and Mary Hynes, actually went out on the street to survey the homeless at 4 a.m. during the registry week,” said Anita Friedman, a division chief with the Arlington Department of Human Services. “We had over 150 community volunteers participate in the registry.”

During Arlington’s registry week, a total of 153 homeless persons were surveyed, and 83 scored at least a 1 on the “vulnerability scale,” which is used to assess risk of dying on the streets. Friedman said 33 homeless persons identified as vulnerable have been successfully placed in permanent housing.

Housing placements began in December 2011 and have since then averaged 3.7 a month with 97 percent of persons placed maintaining their housing. Most importantly, Arlington’s campaign is on target to fulfill the goal of housing 100 people in three years.

Friedman said the momentum about the new initiative carried over to the community-wide debriefing held at the end of registry week. During that meeting, real estate developer John Shooshan, who owns the Shooshan Company, pledged $500,000 of his own money towards housing the homeless, and challenged the Arlington County government to match the amount. The Arlington County Board approved a match of $500,000 at the end of fiscal year 2012.

“The $1 million is being used to ‘buy down’ 10 one-bedroom units that will be set aside for 30 years for permanent supportive housing for clients at a local apartment complex owned and operated by the Arlington Partnership for Affordable Housing (APAH),” Friedman said.

“We would love for that to happen in Fairfax County,” Klein said.

He said by putting faces to statistics during registry week, homeless advocates can provide an opportunity for people to better understand the issues, and give them an opportunity to be a part of the solution.

“You see community after community that has changed perceptions about the chronic homeless. We can do the same in our community,” Klein said.

To learn more about the national campaign, visit the website at http://100khomes.org.