A day to recognize the achievements and contributions made by Scottish Americans to the U.S., known as Tartan Day, was celebrated on Saturday, April 6, at Market Square in Alexandria. In 1998, a coalition of Scottish Americans successfully lobbied the U.S. Senate for the designation of April 6 as National Tartan Day. On March 20, 1998, Senate Resolution 155 passed. The resolution referred to the predominance of Scots among the Founding Fathers and claimed the American Declaration of Independence was “modeled on” the Declaration of Arbroath by the Scots in 1320. In 2004, the coalition lobbied the United States Congress and on April 4, 2008, President George W. Bush signed a Presidential Proclamation making April 6 National Tartan Day. 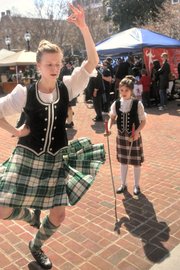 Thistle dancer Maggie Mae Gordon practices a few dance steps before performing with her group and the Alexandria Pipes and Drums at the Alexandria Tartan Day Festival. 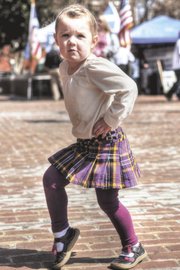 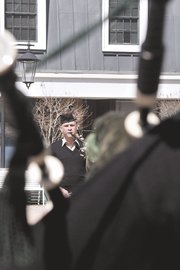 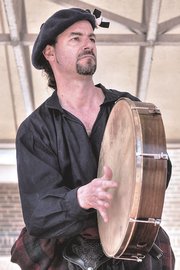