A Day of Service at Kilmer Middle
Votes

A Day of Service at Kilmer Middle

Students learn how to make a difference in their community and the world. 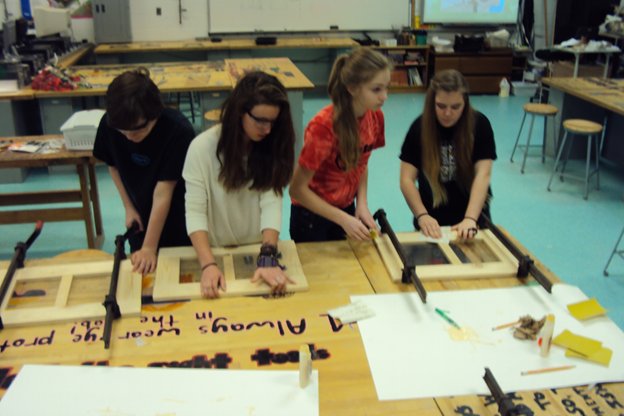 On Wednesday, April 17, students, teachers, and administrators experienced the first official Day of Service at Kilmer Middle School. The program saw the day’s usual lesson plans replaced with community service activities of all sorts. While the activities ranged in variety from packaging food, to writing letters of advocacy, to creating digital PSAs and so much more, the objective was the same for each—to teach youths about their ability to make a difference in their community and the world. 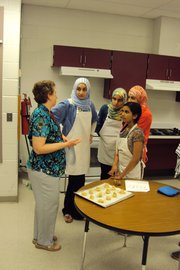 According to the Fairfax County Public Schools (FCPS), becoming “catalysts for change” was the theme of the day and a primary objective. Students began the day by watching a documentary film called, “The Children’s March.” This film features former child activists in the civil rights’ marches in 1963 Birmingham, Ala. “Viewing the Children’s March on Washington is a great way [for the students] to see how people can make a difference no matter how old they are. Their voices, when united, can be really powerful,” said Debra David, assistant principal at Kilmer Middle School, and a primary coordinator for the program.

Students’ reactions to the video varied. Seventh grader Manya Bij said he viewed the treatment of activists in the marches as depressing, but was impressed by their ability to overcome their obstacles. Some other students said they immediately felt empowered. “I thought it was inspiring. The kids were more courageous than the adults,” remarked seventh grader Meghana Komarraju. “It kind of shows the power we have even though we may be smaller than others.” 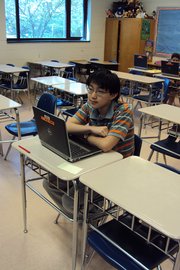 Eighth grader Alvin Shi was one of the first students to arrive to social studies teacher Corey Thornblad’s classroom. Thornblad led a session called Advocacy Workshop where she demonstrated to students how they could use social media to “address policy issues of their choice.”

Despite feeling a range of emotions, the lesson of using one’s passions and interests to make a difference was not lost on the pre-teens and young teenagers. Because of the variety of activities, students were able to choose to be involved in service activities that aligned with their personal interests. As a result most students appeared engaged, enthusiastic, and invested in their respective tasks.

In one classroom, students worked together to build birdhouses that would offer books for elementary students to increase children’s access to literature. This activity proved ideal for eighth grader Peter Paradis who found the activity to be a marrying of interests. Said Paradis, “I’ve done [community service work] with my church before, but this was the first time I’ve had a hands-on building project to do and I found it to be one of the more enjoyable [projects] I’ve done.”

Organizational efforts of David, as well as Laura Wells, service learning resource teacher for FCPS, members of the Parent Teacher Association (PTA) and leaders of service organizations throughout the Vienna region made the program a reality.