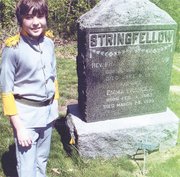 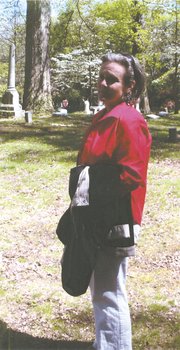 Organized by a ninth-generation native of Alexandria, Lucy Burke Goddin, visitors were met at graveside by interpreters in period garb who offered introductions to the selected "permanent residents."

"Reminding our neighbors of an overlooked local treasure of history in a beautiful natural setting" is the way Goddin explained the purpose of the tour.

A number of plans are being considered by the Ivy Hill Cemetery Historical Preservation Society. In near time, seasonal nature tours can be expected that highlight the many varieties of trees and other flora found on the 22-acre urban spread. Long-range ideas include restoration of a burial vault — now empty — in which to hold small parties and other gatherings.