The school celebrates Earth Day with a multi-media celebration and contest. 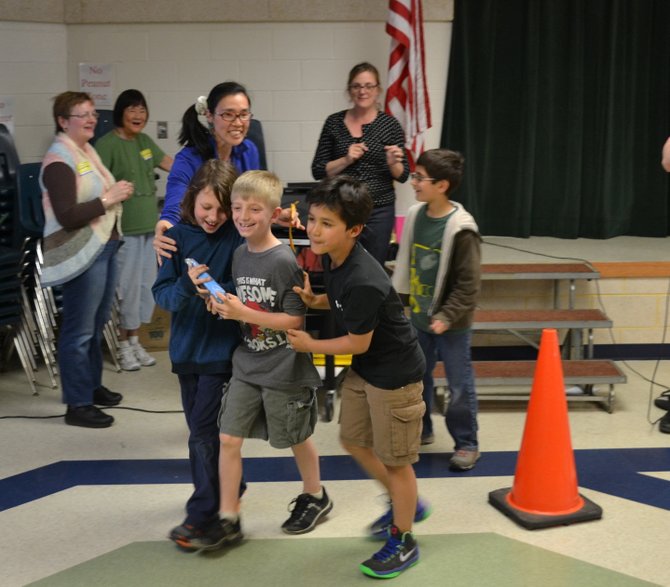 Spring Hill Elementary School kicked off a new tradition this year for Earth Day. The entire student body shared their own interpretation of the importance of Earth Day through a school-wide art show and talent contest. The students created a variety of artistic creations, ranging from visual art to poetry and performance art. The celebration concluded with a recycled-goods fashion show.

The program was inspired by members of the school’s administration who believe that it’s crucial to teach today’s children how to responsibly use and dispose of resources.

The school’s environmental effort included more than an art contest. Students are responsible, daily, for ensuring that trash or recycled goods are disposed of properly in the cafeteria and throughout the school. The results were measured and counted over the course of the past year, and the numbers were significant. When Vanderhye announced the results of the recycling efforts to the student body, the audience erupted into cheers. They were proud to learn that the total amount of their school’s recycling increased by about 52 percent. This amounted to a total decrease in trash collected of 38 percent or 21,000 lbs. More than 5,000 unopened food items were collected and donated to SHARE in five months, 10,000 plastic bags were recycled, and more than 6,000 juice pouches were collected to be reused.

The children overwhelmingly agreed to make their Earth Day celebration an annual tradition. “The earth is our planet,” said fifth grader Tiffany Parise. “It gives us resources. And we have to try to preserve it as much as we can.”