Robinson student selected to intern at NASA this summer. 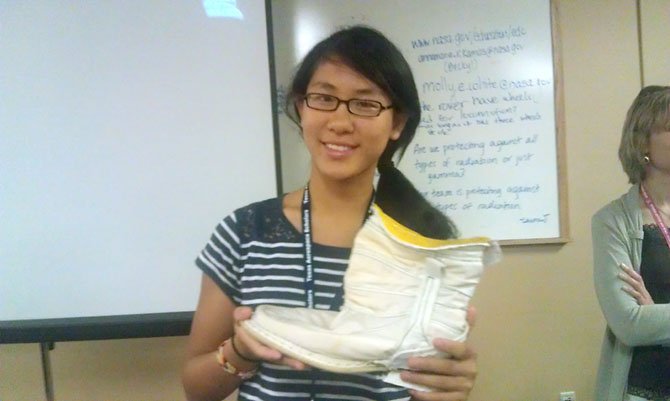 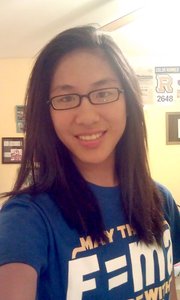 Betsy Berenback-Gold, a student at Robinson Secondary School, recently returned from a week at NASA where she planned a robotics and radiation mission and experienced life as an engineer and scientist.

After completing a five-month online course that included projects, math problems, essays and tests, Berenback-Gold was selected for the NASA summer internship. Berenback-Gold was one of 90 female high school students from 41 states who visited the Johnson Space Center in Houston. All who were chosen participated in the Women in STEM High School Aerospace Scholars project, or WISH.

NASA sponsored two six-day summer camps for rising high school seniors during late June and early July. The young women worked in teams with female NASA mentors to develop a radiation and robotics mission. Teams worked on designing a radiation shield that would protect their rover once on the surface of Mars. They worked within the confines of a fictitious budget and built several small mockups of vehicles to demonstrate a successful launch and landing of the Mars spacecraft.

“This experience was not just an honor, but a once-in-a-lifetime opportunity. I learned many valuable life lessons that will point me in the direction of my career. That week was filled with challenges, opportunities, teamwork and people I will always admire,” said Berenback-Gold. “I learned from the remarkable Gene Kranz, Apollo 13 flight director, to 'dream, aim high and never surrender.’”

The young women were selected based on completion of nine interactive, online lessons focused on space exploration and mapped to national education standards, academic merits and geographic diversity. The WISH program encourages young women to pursue science, technology, engineering and mathematics degrees and exposes them to the real-world applications of STEM careers at NASA.

For more information about WISH, visit: