Follow-up dialogue with County staff on Phase I, Land Use. 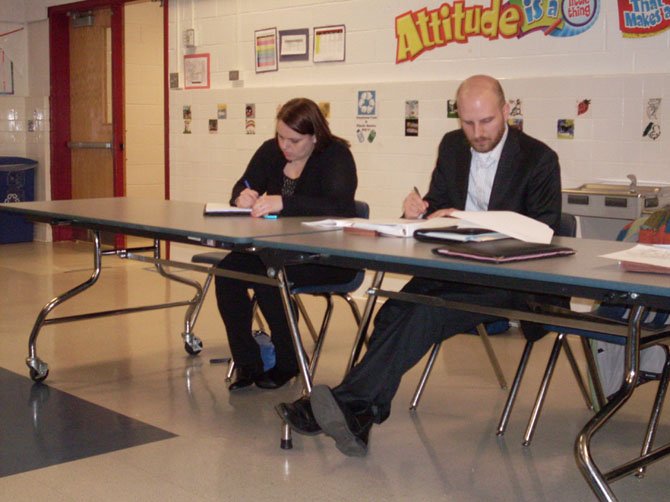 As part of the Tysons Plan Amendment Process, a follow-up meeting on Dec. 4 was held by the Fairfax County Planning Staff with the public at Freedom Hill Elementary School. The purpose of the meeting was to discuss proposed changes to Phase 1 of the Tysons Plan. Implementation of the Tysons Development Plan began in 2010, after a 5 year planning process. Areas such as Ballston and Rosslyn were used as models when the plan was being developed. Construction at Tysons is expected to be completed in the year 2050 when Tysons will be home to 100,000 residents and 200,000 jobs.

Matthew Ladd, Senior Planner, Planning Division, Fairfax County, said that "this was the first of three meetings on recommendations from the public to the 2010 Tysons Development Plan." He added that "the recommendations would be grouped into three phases, Land Use, Transportation and Parks, and Public Facilities." Fairfax County planners will hold separate meetings with the public to discuss the results of examining each phase’s recommendations in order to seek comments on proposed changes. Final decisions on amendment to the Plan will be made by the Board of Supervisors in 2015.

AT THIS MEETING, three recommendations and outcomes pertaining to Land Use were covered. The first recommendation pertained to increasing the density level over what was planned for office space development. Based on comments received from the public sector, the Board of Supervisors asked for a study. As a result, the Board approved new language that was added to the Tysons Plan which would strengthen the monitoring on infrastructure and funding progress during the construction phase. This progress reporting process would allow for future changes that would be needed to complement the Tysons plan; for example, a funding plan that tracks with growth. David Roberts, a Vienna resident, said that "the Tysons Development was happening in an artificial manner," explaining that "cities normally grow because of need, but here at Tysons, businesses got together and decided to build the city first." Rob Whitfield, a Reston resident, added that "the occupied office space at Tysons is at the same level it was 13 years ago." He also expressed concern that all available county resources are going to the Tysons area, especially when there are needs for parking at the other Silver Line Metro stations.

The second recommendation pertained to adding density at the Circulator Route stops. Ladd said that "while the goal is to have as much growth as possible at the metro stations, this recommendation was not adopted at this time." The plan calls for a high-quality bus service to connect the Tysons Metro Stations. Currently, 95 percent of the traffic at Tysons is vehicle traffic and the Plan seeks to increase public transportation. Laura Abbot, a Vienna resident, commented that there will be a need for public transportation since there will be no parking at the Tysons stations. She was also concerned with the cost of such a Circulator Route, and said that "the prior Circulator bus had very low ridership and was funded by taxpayers." Some of the residents in attendance said that transportation and funding were key issues and that it comes down to who will pay for these services, taxpayers or developers.

THE TYSONS PLAN calls for reserving 20 percent of the residences for "affordable and workforce housing." This language to separate calculations was not added to the plan.

At the conclusion of the meeting, Whitfield reiterated an overall recommendation for a fiscal plan that showed total costs and sources of such funds. The audience was in agreement, and the County planners stated that they would take this recommendation back to the Board of Supervisors. Dates for the remaining two meetings were not available at this time. To learn more about the plan for Tysons and the proposed amendments, visit www.fairfaxcounty.gov/tysons.