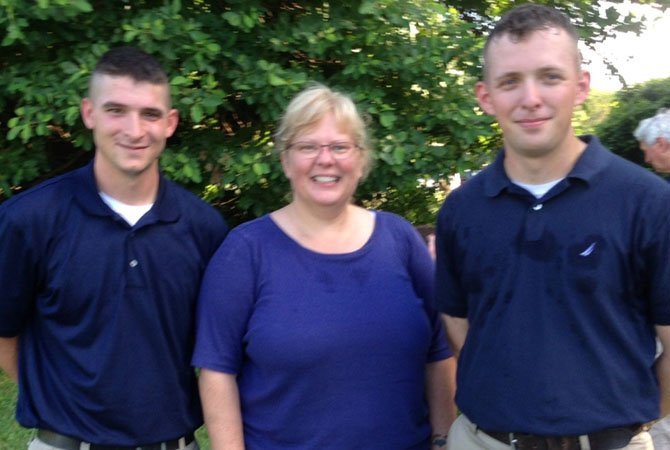 While the annual Fourth of July Parade and fireworks show have become integral to the traditions of Great Falls, longtime event organizers say they are worried about the future.

“These are the events that make our community feel a small town,” said Mike Kearney of Celebrate Great Falls, which puts on the annual parade. “We don’t have a tax district supporting us, no town government, so it’s up to the members of this community to step up and put in the work to make these events that are traditions for generations of families work.”

Kearney and several friends got involved with the community in 1993 to help raise money for a resident that was in the hospital. That eventually became the Brogue Charities in 1996, a nonprofit that helped keep Turner Farm open and build the Great Falls Freedom Memorial.

The annual fireworks show was a staple of the community that started in the 1950s, but in the early 80s, support for the event fizzled out for almost 15 years. Kearney resurrected the event in 1997, funding the event until 2000, when Brogue Charities was able to partner with local businesses and individuals to fund the event.

Volunteers from Celebrate Great Falls man their float in the annual Fourth of July parade this year.

In 2004, the nonprofit Friends of the Fireworks was created to collect community contributions and support. In 2009, the Neighbors Foundation began running the show.

The process for setting up the fireworks show begins at the start of the new year, with permits, contracts and arrangements needed for everything from the police, ride staff and vendors to the park authority, which runs Turner Farm.

“We need our contracts signed for our fireworks and rides vendors in the winter, before donations and support really starts coming in,” said Jeff Rainey, who chairs the event every year. “And that doesn’t guarantee smooth sailing by the time the event rolls around. One year we had our insurance cancelled the day before the fireworks, and we didn’t know if we would be able to be insured until 5 p.m. the day of the show.”

THE EVENT costs more than $25,000 annually for the fireworks, preparation, vendors, rides and music. Jeff Rainey said the costs start mounting at the beginning of each year. The last two years, the costs have been around $29,000.

“We sent out a mailer to all residents and businesses in Great Falls in February, and one in May, which is about 6,500 residences, this year we had 285 donors,” he said. “We have around 200 to 250 regular donors every year, most in the $35 to $50 range and that’s a number we’d like to increase. The foundation doesn’t keep a big cash reserve, we’re relying on the community to keep this event going.”

Jeff Rainey says the fireworks themselves are a four-day process, which includes setup, the event itself, and a day or so of cleanup.

Sharon Rainey, founder of the Neighbors Foundation, said the foundation could use volunteer support all year.

“We’re grateful for the volunteers who can help us for a week in the summer, but we can use help all year,” she said. “From writing thank you notes to those who support us, to helping us keep track of donations, we can use the help from volunteers consistently, even if it’s only an hour or two a week.”

Celebrate Great Falls was formed in March 2011 with the hope that consolidating several Great Falls community organizations would make it easier to coordinate annual events and bring together volunteers.

They are currently seeking event chairs for the Fourth of July Parade, the Halloween Spooktacular and the Summer Concerts on the Green. The Neighbors Foundation is also seeking someone to chair future fireworks shows.

“The same group of people isn’t going to be able to put these events on forever,” Kearney said. “We’d like to see some new blood, people who are not only interested in attending these events, but people who want to take a leadership role in getting these events off the ground and making sure future generations can enjoy them as well.”

In addition to helping with events, Celebrate Great Falls is seeking volunteers to help update the community calendar on their website, marketing, videotaping and more.