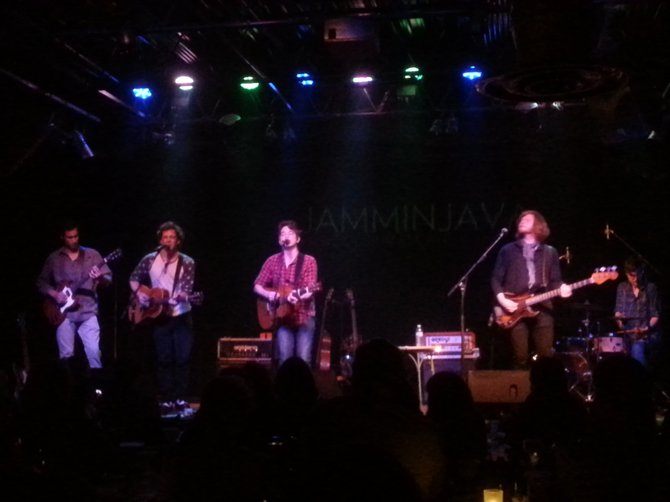 Singer-songwriter Luke Brindley held his double-album release party at Jammin Java in Vienna on Friday, June 21. Brindley, who resides in Reston, performed music for friends and local fans off of the two albums he is simultaneously releasing at the restaurant and music venue, which he co-owns with his brothers.

The albums, titled “Our Year I & II,” are the result of an ambitious project that Brindley has been undertaking for the past several months in which he records and releases a new song each week. While he admits that the exercise has been extremely challenging, it has been a uniquely rewarding experience for Brindley, who has toured nationally for years. “It's been a real challenge,” he explains, “Sometimes I'm convinced I'll never finish the song but I have to just push through and do it. I liken it to the ‘growing edge’ they refer to in yoga and other physical exercise—that point where you reach your limit and then go past it is where you really start to grow and get stronger.” 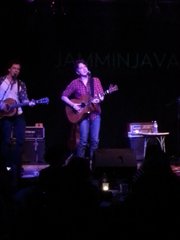 Luke Brindley performs “House of Love” off of his new album, "Our Year."

Apart from owning Jammin Java, Brindley has strong ties to Northern Virginia. He lived in Reston until third grade—his father started Reston Presbyterian Church in the 1980’s before moving to New Jersey. In 2001 he moved back to Reston to run Jammin Java, where he has lived ever since.

“I never imagined I'd end up back here,” he says. “I got married in college and started a family soon after and Jammin Java seemed like a cool ‘day job’ to work with my brothers, support my family and still allow me to do music. It turned into a lot more than that.”

Brindley has accrued a significant local fanbase with his music, a fact he attributes in part to owning the successful club; “I think it helps that my brothers and I are musicians and music lovers, and not just business people or club owners.

“It has been a real privilege to have the club as a ‘home base’ and to be a part of the music community in the area and among the touring musicians passing through.”

Opening for Brindley was Anthony Da Costa. “Our Year I & II” can be purchased on iTunes.