McLean — The future of national security may lie in the hands of a high school student who competed in a cyber championship this weekend at George Mason University. 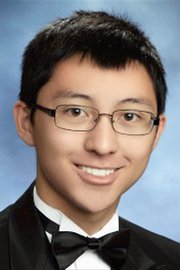 Governor Bob McDonnell invited an elite group of 40 students from across the commonwealth for the first ever “Virginia Governor’s Cup Cyber Challenge.” The students competed in NetWars: a hands-on, interactive learning environment used by the U.S. military.

Virginia’s state champions, from first to third place, are Arlan Jaska, 17, of McLean (Thomas Jefferson High School for Science and Technology), Anirudh Bagde, 16, of Fairfax (Chantilly Academy) and Collin Berman, 18, also of McLean (and Thomas Jefferson High School). These students won scholarships of $5,000, $3,000 and $2,000, respectively. All participants walked away with new information and insights on cybersecurity careers.

This state championship was organized by the Cyber Aces Foundation, a Bethesda, Md.-based nonprofit working to discover and develop a talented new cybersecurity workforce. 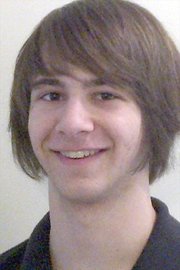 That workforce is already highly in demand, with cyberattacks increasing faster than technologists can counter them. Former Defense Secretary Leon Panetta warned of a “Cyber Pearl Harbor,” adding, “Our most important investment is in skilled cyber warriors needed to conduct operations in cyberspace.”

“Similar to our shortage of fighter pilots at the start of World War II, now we have a critical shortage of skilled cyber defenders,” said Cyber Aces Founder Alan Paller. “And like the pilot training programs of that era, Cyber Aces initiatives like this state championship are how we will create the specialists we need.”

The 40 state championship participants were the top performers in a series of online tutorials and quizzes completed by more than 700 Virginia students. The championship tested them in system hardening, packet analysis, digital forensics and vulnerability assessment.

Virginia’s was the first in a growing series of state championships.