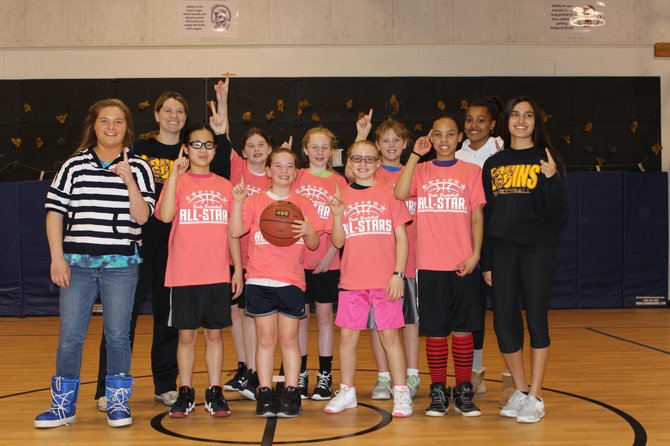 Burke Basketball League recently concluded its winter season with an all-star game in which specific players were selected from each team throughout the league to compete against one another. The event is a great opportunity for the players to make new friends, display their skills and participate at yet an even higher level of competition. However, for this year, the all-stars were treated to an even bigger surprise. At the practice before the all-star game, Lake Braddock girls’ varsity head coach Leigh Janis surprised the all-stars. Together, with the help of a couple of her Lake Braddock players, she visited with each player, helped conduct practice and, most importantly, provided inspiration to the girls, who might someday have the opportunity to play for her at Lake Braddock.