Lives Are on the Line
Votes

Lives Are on the Line 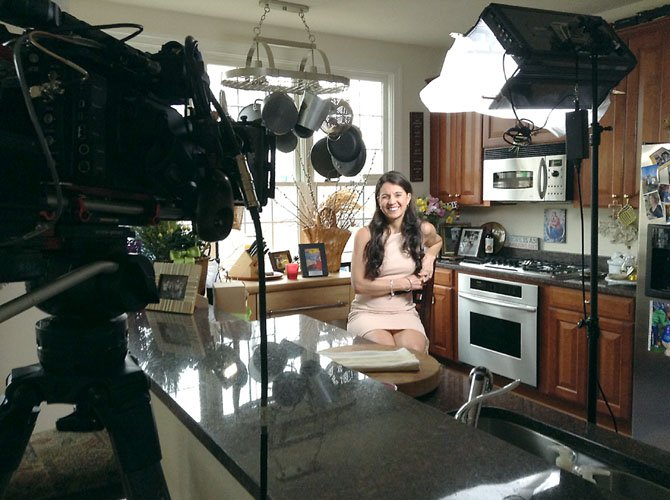 BethAnn Telford being filmed in her Fair Lakes kitchen for the Discovery Channel. Photo contributed

The Rev3 Run Rogue 5K and 1K are slated for Saturday, March 23, at the Fairfax Corner Shopping Center. Participants may walk or run a USATF-certified 5K course at 8:30 a.m., or participate in a 1K children’s fun run at 8 a.m.

Both courses start and end in front of Coastal Flats restaurant. Strollers are allowed in the 1K, but no dogs in either race. Cash prizes are awarded to the top three male and female finishers, and the first-place winners will also receive coupons for a free pair of Brooks shoes.

Age-group awards will also be given, plus over-40 cash prizes. Registration is $30 for the 5K; and $15 for the 1K, ages 8 and under. There’ll be music, too, as well as Starbucks pastries and coffee. All finishers will receive a Ben & Jerry’s ice-cream cone, and every child in the 1K will get a medal. Participants and survivors receive commemorative T-shirts on which they may write the name of the person for whom they’re running.

All proceeds will be split evenly between Life with Cancer (www.http://lifewi...) and Team BT for Accelerated Brain Cancer Cure (http://www.abc2.org/). For more information or to sign up, go to http://www.runrog....

BethAnn Telford and Vanessa Spiller are at different points in their cancer journeys. Spiller is in remission from breast cancer, and Telford is still battling brain cancer as hard as she can.

But both women will participate in the upcoming Rev3 Run Rogue 5K and 1K Saturday, March 23, at the Fairfax Corner Shopping Center. The event was created in their honor last year and raises money for two cancer organizations.

Spiller, of Centreville’s Confederate Ridge community, and Telford, of Fair Lakes, are friends and longtime competitive athletes. And both ran in last spring’s Run Rogue 5K. This year, though, Spiller will still run, but Telford will more than likely be in a wheelchair.

That’s because she just came home from the hospital Friday, March 8, after having major surgery, so she’s currently recovering. But that won’t stop the spirited and spunky 43-year-old from participating.

“I’ll see if I can walk,” she said on Saturday. “But if not, a lot of people want to push me in a wheelchair in the 1K.”

Telford was diagnosed with a Stage III brain tumor in 2005. Yet she tackled it with the heart of a champion. Adopting the words “Never, never give up” as her personal motto, she lives them every day. She even had “hope” tattooed on the inner side of her left wrist and, whenever she feels down, she looks at it for strength.

Because of the tumor, she’s undergone operations plus countless hours of rehabilitation to regain her speech and physical function after each one. But she still works full time for the U.S. Government Printing Office and actively raises money—$365,000, so far—for the National Brain Tumor Society, http://www.braintumor.org/, via her nonprofit fund-raising organization, Team BT. 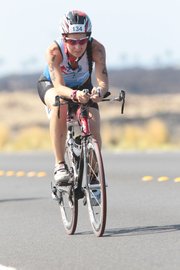 And when Telford’s at full strength, she trains for marathons and endurance races. She’s participated in several half-Ironman events and three Ironman competitions, including the toughest one of all—the October 2012 Ironman World Championship in Kona, Hawaii.

Participants must qualify in advance for it and then have to complete a 2.4-mile swim, 112-mile bike ride and 26.2-mile run.

“It was awesome—a dream come true,” said Telford. “At the end, I was crying with joy because I was carrying the Hope Flag with the names of kids with cancer on it, and I carried it across the finish line. Then in January I did the Louisiana half-marathon in Baton Rouge and gave a big speech there about my journey from brain cancer to Ironman.”

Next came her surgery, Feb. 27, at George Washington University Hospital. “My brain had stopped telling my bladder what to do, so it was shutting down,” explained Telford. “I was in kidney failure.”

She’d struggled with this problem for two years and, although doctors had tried other avenues, nothing worked. So they did an uncommon surgery called a bladder augmentation. In fact, the Discovery Channel even did a program about her and the procedure; it aired on Saturday, March 9, (http://vimeo.com/61367579).

(From left) Running buddies Meredith Norris, Jen Chapman and Sarah Domnarski, all of Chantilly, visit BethAnn Telford in the hospital to lift her spirits.

“They took out part of my intestine and used it to rebuild my bladder,” said Telford. “Now we’re waiting for it all to start growing together and working again. I was in the hospital nine days, but they think it worked really well.” 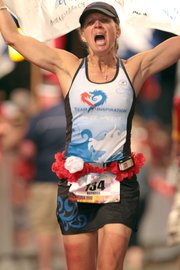 BethAnn Telford rejoices as she crosses the finish line of the Kona Ironman competition in October 2012 in Hawaii.

Meanwhile, she kept on fundraising for the Run Rogue event. Last year, her portion of the proceeds—shared equally with Spiller’s charity, Life with Cancer—went toward cancer-patient resources. This year, it’s going toward cancer research.

(From left) Running buddies Meredith Norris, Jen Chapman and Sarah Domnarski, all of Chantilly, visit BethAnn Telford in the hospital to lift her spirits.

“I hope to raise more than $10,000 at the Run Rogue 5K,” said Telford. “I’ve been raising funds in the hospital, and I got a whole floor of nurses to run in it. I talked about the race to everyone who came into my room. And my mom asked for donations on Facebook. When she did updates on my condition, she told people how it would mean a lot to me if they’d join the race or donate.”

Her parents came from Pennsylvania to be with her for the operation and while she recuperates. “They stayed with me in the hospital the whole time,” said Telford. “My dad’s 76 and he knew I was scared about this surgery. So he told me to open the Bible and recite the Lord’s Prayer with him. I’m 43, and he’s never asked me to do that before. Afterward, we talked to the chaplain together; and the day after my surgery, we celebrated my mom’s 72nd birthday in the hospital.”

In the Run Rogue event, Telford will be participating for brain-cancer survivor Madeline Baet, 8, of Leesburg and brain-cancer patient Anya Zvorsky, 7, of Pennsylvania. And it’s children like them who motivate her to keep raising money and entering events that’ll bring in more funds.

“My whole inspiration is because I don’t want others to have to go through this,” she said. “So me going out and showing people I can be in the Run Rogue—even a couple weeks after surgery—shows them there’s hope and helps me give back. I want to keep my voice going and be heard so there’s more awareness, and I want to fight for money so we can find a cure.”