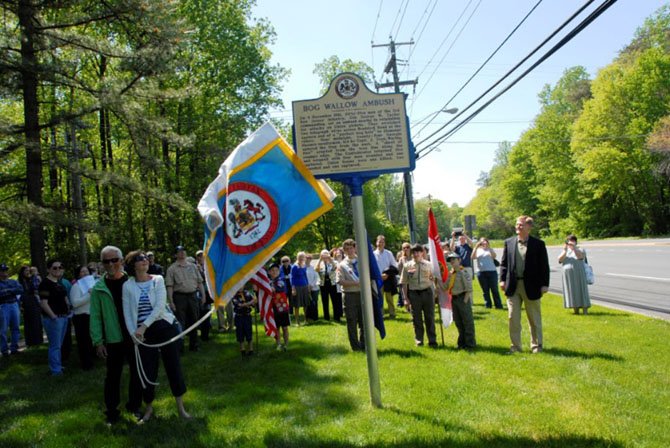 Supervisor John Cook (R-Braddock) and members of the Fairfax County History Commission gathered at the intersection of Dunleigh Drive and Braddock Road on Sunday, May 5, to dedicate a new historical marker commemorating the “Bog Wall Ambush,” an 1861 Civil War skirmish. The Fairfax County History Commission hosted the dedication ceremony, which was followed by a reception at historic Oak Hill. 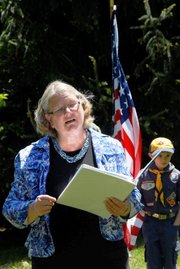 On 4 December 1861, fifty-five men of the 3rd New Jersey Infantry, Col. George W. Taylor commanding, set an ambush nearby in retaliation for attacks on Union pickets. They stretched two telegraph wires across Braddock Road at the eastern end of a “perfect bog hole” to dismount riders. Near midnight, twenty-four Georgia Hussars cavalrymen, led by Capt. J. Fred. Waring, entered the trap from the west. A “sheet of fire” erupted from the tree line along the swamp's edge. The Confederates returned fire and escaped with four men wounded and one captured. Union losses were one killed, two wounded and one captured.

Following a brief account of the skirmish, the sign was unveiled by descendants of the Union scout who planned the ambush. The scout was severely wounded during the encounter, while attempting to ambush Confederate cavalry, according to Michael Mitchell of the Fairfax County History Commission.