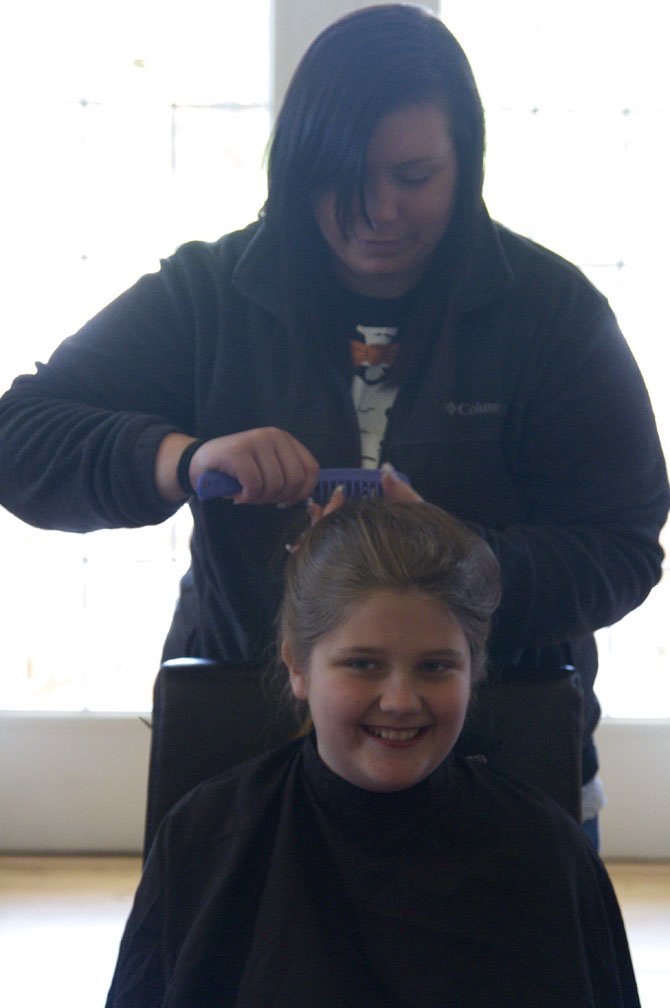 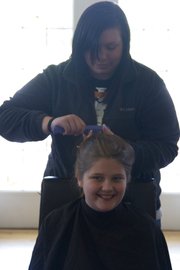 Sara Raffel's little brother Ryan lost his battle with AML, a form of leukemia, on Aug. 11, 2012 — less than a year after diagnosis and just two days before his 6th birthday.

In remembrance of him, Sara wanted to shave her head for her 11th birthday this year and ask for donations to Ryan’s Best Buddies instead of presents. Her mom, Mikelle Raffel, started the non-profit Ryan's Battle Buddies (www.ryansbattlebuddies.org) to help other military children battling cancer.

Sara hoped to not only raise money but to make a point to other children about not bullying children who have lost their hair due to cancer treatment. Her best friend Ethan also volunteered to have his head shaved at the Head Shaving Birthday Party on May 12 at the Fairfax Village Community Center in Fort Belvoir. Sara's paternal grandmother Deb Grant shaved her head at the same time, watched via a mobile phone. A childhood cancer survivor Andrea Severson and her husband shaved their heads at home in Nebraska. Barbara Zimmerman, a military spouse, cut off her long hair for locks of love. Her husband shaved his head. So far, nearly $2,700 has been collected. Sara's goal was $1,100. A friend of the Raffel family who works for Geico collected donations in her office, which totaled $350. Geico has committed to match this donation.