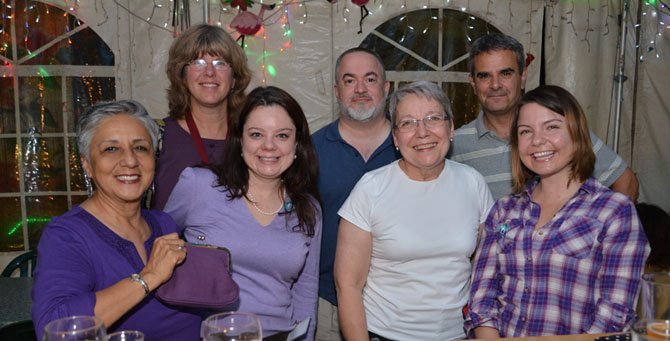 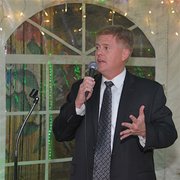 Supervisor John C. Cook (R-Braddock) is the board’s liaison to the Domestic Violence Prevention, Policy and Coordinating Council. In this capacity, Cook organized a gathering to highlight the problems, bringing involved agencies together in a public forum.

Several government agencies and non-profits in the county work to alleviate this problem and to provide assistance to the victims, but on this occasion, Cook was partnering with two in particular—Shelter House and CASA. Shelter House is the organization that runs Artemis House, the county’s only emergency shelter for people fleeing domestic violence and human trafficking. Fairfax CASA, which stands for Court Appointed Special Advocates, is the volunteer group whose trained caseworkers advocate for neglected and/or abused children as they interact with the court system. Staff from both organizations were on hand and more than willing to talk about the problem of domestic violence and how they are involved in the efforts to break what is all-too-often a cycle of abuse.

“And that’s just it,” stated Cook. “We need to get down to the roots of the problem, not just deal with the aftermath. Even witnessing domestic violence has a profound, negative effect on children: 1-year-olds get the most harm from witnessing or being in an abusive environment. They learn that domestic violence is the norm,” he said. “One of our goals is to reach out to the people who are the first line of contact like coaches, teachers, daycare workers, so they can recognize the signs of children at risk and know how to help.”

“We need to get down to the roots of the problem, not just deal with the aftermath.”

Another agency with representatives on hand is tackling the problem from a different angle. Anger and Domestic Abuse Prevention and Treatment (ADAPT), under the auspices of the Fairfax County Office for Women and Domestic and Sexual Violence Services (OWDSVS), works with the offenders to help them deal with their own issues and learn to regulate their violent behaviors. Sam Bachman from ADAPT is ready to speak quite passionately about this batterer intervention program. “With programs like these,” said Bachman, the national recidivism rate ranges from 24-50 percent. Our program has a 7 percent rate of repeat offenders. We even have one counselor who was an offender himself 20 years ago.” Kathleen Kelmelis, program manager for the OWDSVSA, added that one of the program graduates has come back to the counseling sessions voluntarily when “he felt himself slipping back into the old bad ways.”

The CASA crew. From left—Joan Fisher, CASA volunteer, Mindy Stewart, volunteer supervisor, Lisa Banks, executive director, Elisa Kosarin, associate director, Recruitment and Training. One common denominator among these women—they all started as volunteer advocates for children in the court system as the result of neglect or abuse.

The evening included live music to entertain the attendees. Supervisor Cook expressed his gratitude for the generosity of the Kilroy’s management for hosting the event and donating 10 percent of the evening’s food sales to the CASA and to Shelter House.

“Let’s all get involved,” said Cook. “Stop the silence to end the violence.”