Event will celebrate — and clean up — local park. 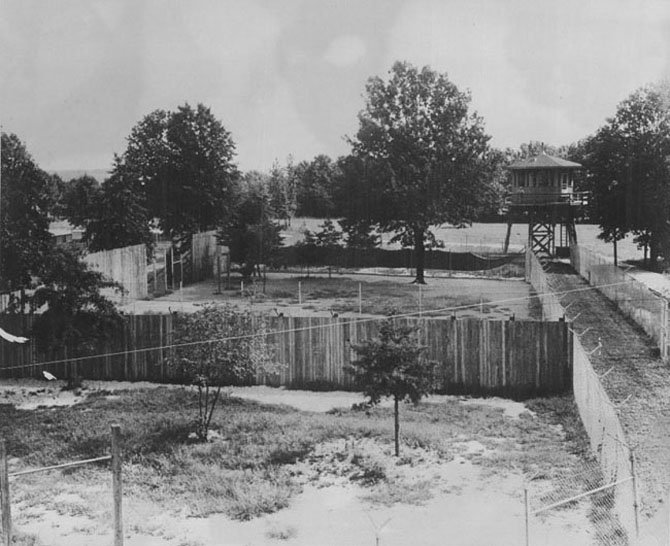 A prisoner of war camp was on the site during World War II. Photo Contributed/ Friends of Fort Hunt Park, Inc.

The Balalaika Orchestra performing at the Summer Sunday Concert Series.

The non-profit organization, the Friends of Fort Hunt Park, Incorporated, is co-sponsoring the event with the National Park Service and the National Parks Conservation Association to both celebrate the park and for an official clean up.

“We want to celebrate Fort Hunt Park as a vital part of the community and to enhance its recreational resources and its rich history,” FFHPI president Dorothy Canter said. 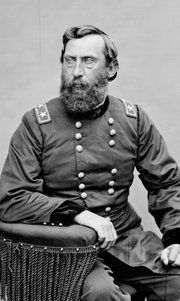 Gen. Henry Jackson Hunt is the Civil War Union artillery commander at Gettysburg for whom Fort Hunt Park is named.

Centuries rich in American history, the land deemed Fort Hunt has been a recreational park since the 1950s. FFHPI, however, was not established until 2012. According to Cantor, FFHPI signed an official agreement with the National Park Service in late 2012 that formalized a fundraising campaign. Part of the FFHPI mission statement is to “enhance the visitor experience at Fort Hunt Park.”

“We expect a very good turnout,” said John Elliff, secretary of the FFHPI. “Forty Boy Scouts are expected to be present on the day.”

More than 50 fix-up volunteers, many of which are Boy Scouts, have signed up to participate, and volunteers will attend the event, and last minute volunteers are also encouraged. 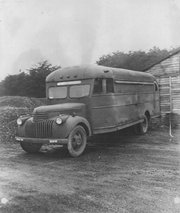 A bus with its windows blacked out at the prisoner of war camp.

Elliff said preparation and fundraising for the event began months ago, in Februrary, when the FFHPI board started meeting. He added that he expects mostly members of the Fort Hunt Community to attend.

“I expect this event to be attended mostly by the Fort Hunt Community, which is part of the Mount Vernon District of Fairfax County,” Elliff said.

Elliff said that aside from clean-up and celebration of the popular community park, a key element of the day will be to remember the park’s namesake.

“Fort Hunt Community Day is a great opportunity for local residents and other park supporters to help the NPS maintain and improve this National Park unit’s wonderful recreational resources in a period of declining federal budgets,” Elliff said. “We also want to remember General Hunt, an unsung hero of the Battle of Gettysburg 150 years ago.”

There will be four elements of the Fort Hunt Community Day, which officially runs from 1-5 p.m.

“At this point, the four elements are celebrating the park by fixing it up, and two, by remembering the Civil War general that it is named after, and what he did in the Civil War,” Elliff said. “Third, there is going to be a one-mile walk through the park. Both the talk on General Hunt and the one-mile walk will begin at 3. Finally, there is going to be a program at program at 4 p.m. which includes music by the Mount Vernon Dixieland Band and the presentation of donations to the park by the Friends of Fort Hunt Park.”

He added that the FFHPI also plans to announce that there were enough donations to place an arrowhead sign and new sound equipment at the park.

At the time of the donation presentation and the entertainment portion of the day, Elliff said there will also be light refreshments for the participating volunteers. FFHPI encourages all park supporters to be a part of the commencement event.

The park has been a significant part of history since the 1800s, when it was established as a part of the U.S. coastal defense system. During World War II, it was the site of a top secret military intelligence program.

Elliff said this event will be a “kick-off event,” and will be just the start of FFHPI improvement and celebratory events and projects.

“Donations will continue on an ongoing basis for other projects, and this event will possibly be annual,” Elliff said. “A similar event will take place every fall.”