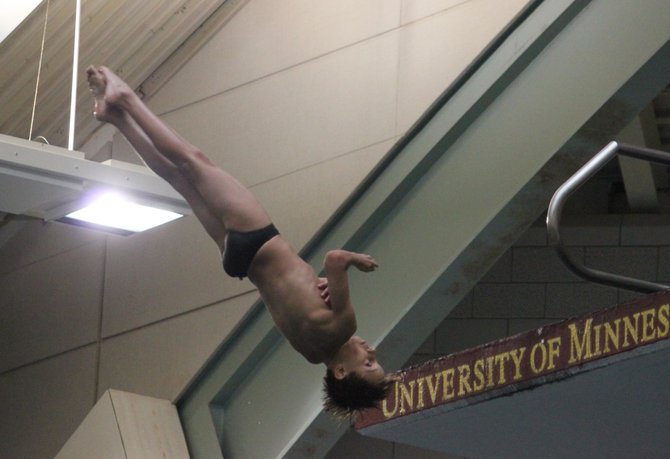 Grayson Campbell, a sophomore at Madison High School, and Max Flory, a seventh-grader at Robinson Secondary School, will represent the United States at the Junior Pan American Diving Championships from Sept. 26-29 in Tucson, Ariz. More than 100 divers from nine countries will participate.

Both Campbell and Flory were selected to compete in all three individual events—1-meter, 3-meter and platform—at the Junior Pan Am meet.

Campbell, 15, won his fourth consecutive junior national title on 3-meter after taking the title in the 14-15 boys age group at the 2013 USA Diving Junior National Championships in Minneapolis in August. He also won the 1-meter title and took silver on platform at junior nationals. With the two wins in 2013, Campbell is now a seven-time junior national champion. Campbell also represented the U.S. at the 2011 Junior Pan Am Championships, where he won a silver medal on platform and bronze on 1-meter in Medellin, Colombia. He also competed for Team USA at the 2012 FINA World Junior Diving Championships and made his senior international debut earlier this year at a FINA Grand Prix meet in Puerto Rico.

Both Campbell and Flory dive with coach John Appleman at the Dominion Dive Club. Appleman will serve as one of three coaches for Team USA at the Junior Pan Am Championships.