Some residents believe spraying of fall cankerworm is unnecessary. 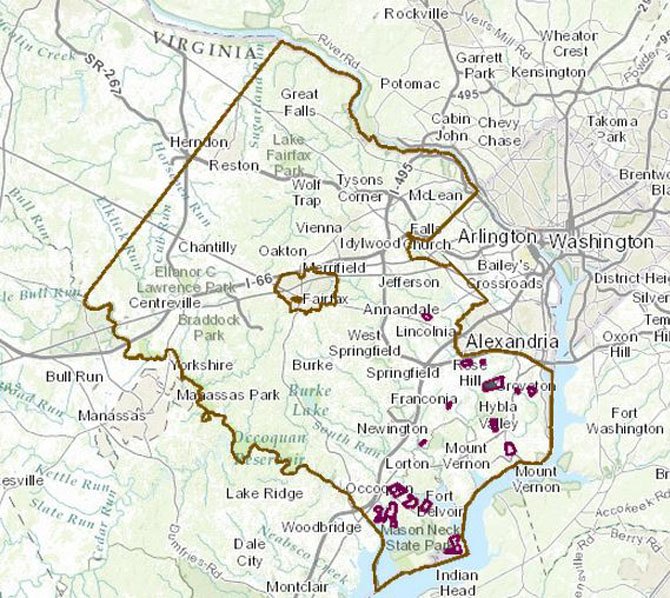 Later this month, the Fairfax County Forest Pest Management Branch is scheduled to spray 2,200 acres of the Mason, Lee and Mount Vernon districts with insecticide in order to rid these areas of fall cankerworms, commonly known as inchworms.

“It’s kind of unusual for a native insect to be this bad,” said Troy Shaw, an urban forester in the Forest Pest Management Branch.

Despite its name, fall cankerworms can be active in the spring, when large populations can lead to defoliation of tree species.

This year, the county has reported a dramatic rise in the numbers of fall cankerworms in residential and forest areas. The county says that the cankerworms can damage hundreds of acres of trees through defoliation.

“Does defoliation kill trees? Absolutely,” Shaw said. “In a suburban environment, there are a lot of wildcards, so you can expect to see tree mortality.”

So, to eliminate the cankerworm, the Forest Pest Management Branch will be spraying trees with Bacillus thuringensis (Bt). The cankerworm will die within a week of ingesting the insecticide.

LORTON RESIDENT Ashley Kennedy, however, isn’t convinced that the spraying of this species is justified, saying that it is unnecessary and actively harmful to the environment.

At the public hearings on Fairfax County’s proposed 2015 budget, Kennedy, an entomologist who is a researcher in the environmental science department at George Mason, told the Board of Supervisors that she’s spent the last six weeks researching the cankerworms and working with entomologists from institutions across the country to determine the pros and cons of these spraying programs.

The consensus, she says, is that there are no pros. By eliminating the spraying program, the county will save nearly half a million each year.

Although it may be too late to stop the spraying this year, Kennedy said at the hearings that it should be considered in years to come.

During an Ask Fairfax! online chat session on the fall cankerworm, Joan Allen, an urban forester in the Urban Forest Management Division, said it is believed that only the caterpillars will be directly affected during the spraying.

“While Bt only directly harms caterpillars, there may be a shortage of food available to birds in the limited areas being treated,” Allen said during the chat.

Kennedy discovered through her research that a pair of chickadees requires between 4,000 and 9,000 caterpillars to rear one clutch of chicks.

“Songbirds will undoubtedly suffer if the county proceeds with this Bt spraying plan,” she said. 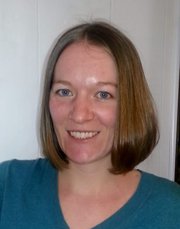 Fairfax County has consulted the Virginia Department Conservation and Recreation’s Natural Heritage division and the Department of Game and Inland Fisheries to ensure no endangered species are affected.

“There is a chance that we would be killing other species of caterpillars while we are spraying, but there is nothing out there that is available that is just specific for cankerworms,” Shaw said.

But Kennedy says the program’s targeting of one pest will cause collateral damage. Larvae of Virginia’s state insect, the Tiger Swallowtail Butterfly, and Monarch butterflies could be affected.

Kennedy points to the fact that the cankerworm does not bite or sting, and poses no threat to humans, pets or livestock.

“The fall cankerworm is not a pest of enough significance to warrant such a wide scale offensive,” Kennedy said.

Shaw, however, says that the caterpillar is a nuisance for many homeowners.

“There’s a lot of truth to be told that the caterpillars cause nuisance issues. It drives people crazy,” he said.

Although the Urban Forest Management Division has said that the cankerworms can cause tree mortality through defoliation, Kennedy says they do not have evidence of this occurring in Fairfax County.

In the late winter, the county put up 450 barrier bands around trees that traps the cankerworms and allows for them to be counted.

“That’s how we came up with the areas we proposed for treatment,” Shaw said.

DUE TO THE HEAVY WINTER experienced this year in Fairfax County, Kennedy thinks it is unlikely a cankerworm outbreak is occurring.

“Fall cankerworm population already suffered to natural forces,” she said. “Cool wet spring weather, which we have experienced plenty of this year, has an adverse effect on its numbers.”

Shaw, however, says that there isn’t really scientific evidence that the cold winter alone has caused a decrease in cankerworms.

After hearing Kennedy’s testimony, Sully District Supervisor Michael Frey asked whether it was too late to stop the program from occurring this year.

Although the supervisors asked for Kennedy’s testimony to be referred to the Urban Forest Management Division, spraying is still set to occur the week of April 29. If there is rain or colder weather, Shaw said, spraying may be delayed since it is leaf dependent.

The spraying of Bt, which has no impacts on humans or other mammals and will only last for a maximum of two weeks, will prevent homeowners from using other insecticides that kill all insets and could last all summer, Shaw said.

“If we don’t do what we’re doing, there’s going to be an increase in homeowners’ use of pesticides that will have the direct opposite effect of what we’re trying to prevent,” Shaw said.

Anyone who has questions or concerns related to the fall cankerworm spraying can call the Fairfax County Forest Pest Management Branch at 703-324-5304.