What’s on the Horizon for Town of Vienna
Votes

What’s on the Horizon for Town of Vienna 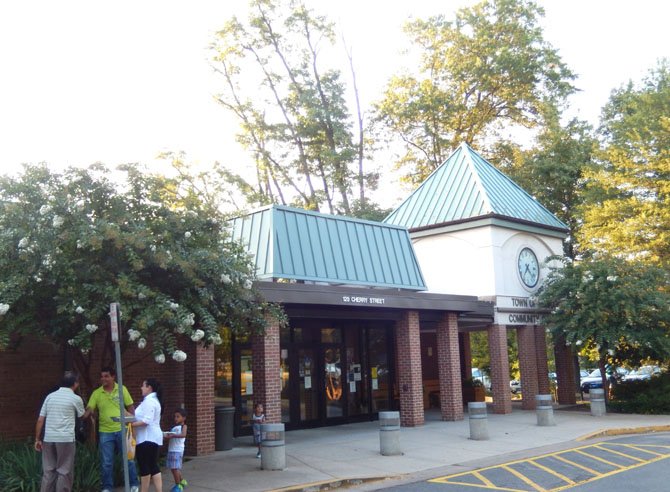 Vienna’s Community Center will receive a renovation and a new gym. Photo by Bonnie Hobbs.

On the horizon for local residents are a transportation project, a plan to help W&OD trail users and Church Street businesses, plus a major expansion and renovation of the Vienna Community Center.

The Vienna Town Council is considering the creation of the Maple Avenue Corridor (MAC) zoning district. It’s been evaluated since 2001, and – so everyone’s views would be represented – the late Mayor Jane Seeman and the Town Council appointed a broad variety of people to a 17-member steering committee involved in this project.

Proponents of the new zoning district point out the town’s changing demographics, new businesses and mainly by-right development. And they say having new rules in place for this section of Vienna would give the Town more control over development and protect its small-town character.

The MAC’s purpose is to guide and direct density, support local businesses and encourage economic development. It’s also voluntary, so businesses don’t have to join it. But they can ask to be rezoned in and the decision would be up to the Town Council. If they do become part of it, it’s hoped that they’ll use the MAC guidelines to create more walkable, mixed-use developments.

Maple Avenue currently carries 33,000 vehicles per day through the Corridor. So those in favor of the plan say that, with improved pedestrian connections, people could park once and go from business to business, instead of driving from parking lot to parking lot.

Furthermore, under by-right zoning, the Town has little ability to address traffic. But the new zoning would allow it to require traffic studies, proffers and multimodal traffic, as well as less driveway access to businesses from Maple Avenue. It could also mean less delay of other vehicles and reduced risk of crashes.

Under the MAC proposal, open space is promoted and businesses wishing to add outdoor tables or displays won’t have to go through a public hearing. It would also decrease the amount of impervious area and allow businesses to go from three to four stories, but no higher than 54 feet.

However, a group called Citizens of Vienna is protesting the plan, saying it would permit four-story buildings close to the sidewalk and possibly add 1,000-plus parking spaces to the already-congested thoroughfare. They contend that the changes would be detrimental to Vienna’s small-town charm and would prefer the Town Council instead provide tax subsidies to small businesses.

The Council held its second public hearing on the matter on Aug. 18 and will continue to receive comments until Sept. 8.

For a couple years now, the Town of Vienna has planned to improve Follin Lane between Maple Avenue and Echols Street. But when project consultants held a June 26 meeting to share the details with nearby residents, it ended up alarming them, instead.

And at the July 7 Town Council meeting, neighbors Loretta Roby and Sean McClorey explained their objections. Both cited serious problems and asked the Council members to think twice before proceeding with this project.

“I live on the corner of Hine [Street] and Follin, and it’s one of the most dangerous intersections in Vienna,” said McClorey. “There have been many accidents there, and the most recent one destroyed part of my fence – and the auto’s trajectory was heading right toward my house.”

As part of the Follin Lane Project, he said, “The Town plans to level the grade of the road there and remove the brush. And that will mean a clear and present danger, not only to my property, but to my four children.”

The $2 million road project consists of reconstructing Follin, widening it and installing sidewalks, storm drains, curbs and gutters. In November 2011, Vienna applied for $1 million in VDOT FY ’13 Revenue Sharing Funds and was awarded the money on June 26, 2012.

A mother of two, Roby lives on Mashey Drive and her property backs up to Follin, so this project is upsetting to her, as well as her neighbors. “We have safety concerns, and we’re worried about the traffic flow,” she said. “We’re also upset that the tree canopy along Follin – including a beautiful, healthy, 60-year-old tree – will be taken down and not replaced.”

Roby said widening Follin from two to three lanes and making it flat will result in drivers going even faster than they do now through the Follin/Hine intersection to reach the Town’s throughway, Maple Avenue.

“And with a sidewalk added, pedestrians who don’t walk there now will walk there and get hit by a speeding car,” she said. “So we implore the Town Council to reconsider this plan.”

If all goes well, the new and improved Vienna Community Center will make its debut on its 50th anniversary in April 2016.

The scope of the work involves renovating and enlarging the 48-year-old Community Center on Cherry Street S.E. The two-story building is 28,814 square feet and is used for classes, club meetings, craft fairs, sports and other events.

But it needs more parking, a gym large enough for league play, high-tech wiring for laptops, plus new electrical and HVAC (heating and air conditioning) systems. In addition, repairs must be made to the classroom floors and walls, and a new roof must be put on. So all these improvements will now be made, including construction of an 8,000-square-foot gym in the back.

The project is funded by the town’s Capital Improvement budget, courtesy of a $4 million bond issue in December 2013. But Parks and Recreation Director Cathy Salgado anticipates another $1 million will be needed before it’s all done.

However, since the larger gym will rest slightly on school property, the town will have to make a formal agreement with the school system for use of that land. The Park Authority wants an 18-foot trail, a 4-6-foot sidewalk and a 60-foot parking area as part of the project, so the site doesn’t have any extra space on it.

The Town Council has also decided to seek LEED Silver certification for the revamped Community Center. LEED stands for Leadership in Energy and Environmental Design and is a “green” building-certification program recognizing best-in-class building strategies and practices. The Community Center will be Vienna’s first building to have this special designation.

It means that as much of the facility as possible will be sustainable. And having a building with energy-efficient windows, heating and air conditioning will also make it cost less to operate – which will result in a financial savings to the Town in the long run.

The bidding process for the work will go from January until March 2015, with groundbreaking anticipated in April 2015 and expected completion of the project a year later.

After much discussion and public comment, The Town of Vienna has granted conservation and parking easements to the Northern Virginia Regional Park Authority.

As a result, the Vienna Train Station parking lot will be expanded and people using the W&OD Trail will no longer have to take up parking spaces on Church Street that can be used by customers.

Near the intersection of Dominion Road N.E. and Ayr Hill Avenue N.E., the train-station lot contains 23 parking spaces. But its use has been restricted to trail users and visitors to the train station.

But when there’s a great deal of park use – especially on the weekends – the recreational users are parking on the streets, instead, much to the dismay of the business owners. Indeed, the merchants and businesses along Church, Mill Street and Dominion have long complained that there’s not enough parking.

However, the Park Authority will now build 16 more spaces on the east side of the train-station lot and make that entire lot available for public parking, as well as for trail users. In return, Vienna will grant it a conservation easement on Town-owned, unimproved, wooded land near Ninovan Road, adjacent to the W&OD Trail. This easement will preserve the land in its natural state with only low-impact or educational activities allowed on it.

Expanding the train-station parking lot will also cause the children’s Discovery Garden – which has been there for 10 years – to be moved. However, Parks and Recreation Director Cathy Salgado has assured both the Council and the members of the Ayr Hill Garden Club, who maintain the garden, that it can be shifted to the caboose site in the nearby Centennial Park area.

She said the Town would partner with the garden club to construct a raised bed there and install a walkway around its perimeter. The Town will provide the materials for the raised bed and will work with the club to help with the move.

After serving on the Vienna Town Council, M. Jane Seeman was Vienna’s mayor for 14 years until her death from lung cancer on Feb. 23.

She was beloved by family, friends and colleagues and Town residents. So now, the Town Council members are considering the best way to honor her memory.

During a June work session of the Town Council, Mayor Laurie DiRocco said the Council could work together on it with the businesses, residents, civic organizations and churches who want to participate.

Carole Wolfand, chairman of the Vienna Business Assn. Board of Directors, said the business she owns, Vienna Paint & Decorating, ran a promotion to raise money to enhance something within the Town that everyone could enjoy. The effort yielded $8,600.

“As Jane became more ill, I gave her the check so that, if we decided to do something, the money’s already there,” said Wolfand. “Jane, her daughter [Linda Colbert] and I talked about doing a memorial to her in the town. A group of us chatted about public art and Jane’s visions of the Town green. I think the best idea is to involve the Town and its residents.”

Postnet owner James Cudney said he’d like “to build an identity in Vienna and come up with initiatives and projects to create public art in the Town.” And Councilwoman Edythe Kelleher noted that “Linda Sullivan of the Fairfax County Arts Council spoke with people about it and has their ideas.”

DiRocco said the Town will have to decide what kind of memorial it wants and if it’ll be art or something else. Cudney suggested that businesses could make donations specifically for the memorial to the Town. And DiRocco said a committee should be created “to look at the [memorial] options and vet the artists.”

Wolfand said it should be a combination of the Town, businesses and residents, and Councilman Howard Springsteen said this committee could then come back with a recommendation regarding the memorial.