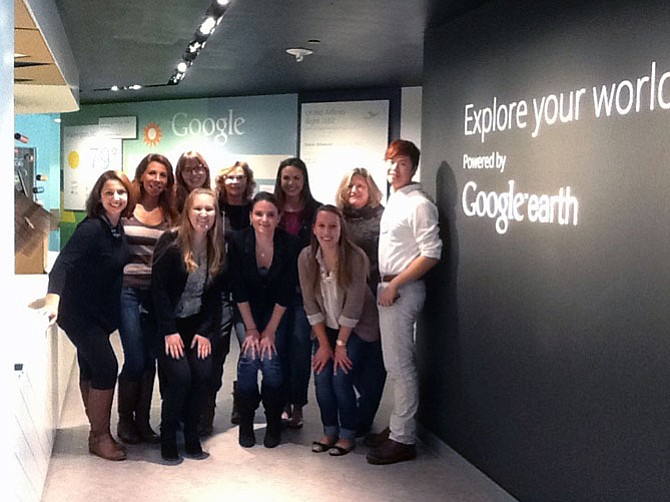 The team from Marymount University at the United Cerebral Palsy 2014 Enabled by Design-a-thon. Photo Contributed

Michelle Bendit had no idea what Cerebral Palsy was like until the Marymount University senior put on a thick pair of gloves and tried to remove a pencil from a bag. That exercise inspired her to help develop a tool that ensures privacy in public restrooms with hard-to-latch doors. 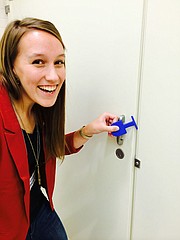 Michelle Bendit, a senior majoring in interior design at Marymount University, demonstrates a tool she helped design that ensures privacy in public restrooms. Her team came up with the idea at the United Cerebral Palsy 2014 Enabled by Design-a-thon.

Interior Design Adjunct Professor Susan Hergenrather watched a video of a young man with autism who said the phrase “it’s raining cats and dogs” makes him think cats and dogs are literally falling from the sky. That led to the creation of an app that helps autistic people interpret idioms.

Both innovations won awards for the teams that created them at the United Cerebral Palsy 2014 Enabled by Design-a-thon held at Martin Luther King, Jr. Library and Google Washington, D.C. from Nov. 5-7. The event brought together designers, technologists, engineers, students, people with disabilities and service professionals to share ideas and create accessible products and technology to solve everyday problems.

The format for the event was developed by UK-based Enabled by Design, which helps people live as independently as possible by making day-to-day tasks easier.