FCPS Chief Karen Garza and Her Previous Life in Texas 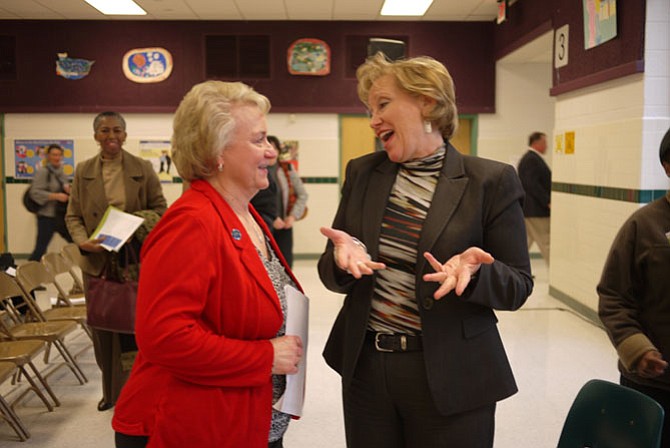 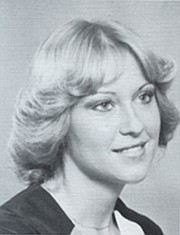 “When I hired Karen in 2005,” former Superintendent of Houston Independent School District (HISD) Dr. Abelardo Saavedra said, “the position of chief academic officer had been open several months. I went looking for her. I’d never met her but I’d heard about her. There is a big difference between a mid-sized district and a larger one; the dynamics are completely different. I was taking a risk because she came from a mid-sized one of about 40,000 in Corpus Christi, and ours was much bigger. She adjusted very quickly.”

As Chief Academic Officer, Garza was responsible for the educational programming and the academic performance of 200,000 students and the administration of 300 schools. Saavedra said one of their most lasting accomplishments at HISD was the Performance Pay initiative. “I had decided we’d do this, but honestly, I had no idea how to do it. Ordinarily I’d put it under HR but they weren’t moving fast enough. Karen quickly took ownership. Of course I didn’t have to ask Karen to take ownership,” he said laughing. “This thing wasn’t moving and she stepped up to the plate. It was tied to academics, so she figured she could do it as well as the HR folks could, and she did. That program continues today and is why Houston did so well. “

Saavedra was referring to the district’s educational improvement and performance management model, called ASPIRE (Accelerating Student Progress. Increasing Results and Expectations). The ASPIRE program paid over 18,000 teachers and instructional staff more than $70 million in performance bonuses over three years based on the academic improvement of children.

After Garza’s first year, the average reading scores of HISD students on the SAT test increased five points while the Texas and national averages fell.

Saavedra noted that one of the most unusual things about Garza was her relationship with the Houston Chief Financial Officer Melinda Garrett. ”Usually in those jobs,” Saavedra said, “there are silos formed between the financial folks and the academic folks. Not between Garza and Garrett. They became good friends and worked together to make positive changes happen.”

Garrett confirmed Garza’s achievements: “People in Texas miss her but realize Texas’ loss is Virginia’s gain. They were all happy she got this major superintendent’s job. It is something she really wanted and deserved. She will be great for Fairfax. She is not afraid to make decisions. She always has her hand on the pulse of the people she is working with.”

Garrett noted that she and Garza shared the same background as school teachers; that love of working with children is something they both brought to their work in funding schools and making sound decisions for school districts.

As Lubbock’s Independent School District’s superintendent, a job Garza held for four years before coming to Fairfax, her accomplishments include implementing a standardized curriculum for the 29,000-student district, focus on student achievement, and financial stability. She left LISD with the largest fund balance they had ever had and worked through some hard times with state funding, getting gains for teachers, students, and taxpayers. Garza helped lead the effort to win voter approval of a $198 million bond in 2010, the largest bond in the district’s history. As Lubbock superintendent, Garza narrowed the achievement gap, increased the graduation rate and helped reduce the number of students who drop out.

Linda DeLeon, a Fairfax County resident who had served as a school board member in Lubbock, was delighted to see Garza come to Fairfax.

She was asked by someone to attend one of Garza’s early public hearings in Fairfax. When her name was announced to the group, Garza lifted her head and gave DeLeon a big smile: “Well, here is Linda, someone I knew from Lubbock.” DeLeon had been a school board member for 18 years in Lubbock under five different superintendents (but not during Garza’s tenure) and had kept track of the things Garza did while there.

She was impressed: “Karen Garza was up to the challenge. What made her positive was she was willing to sit with groups of people and have discussions. Decisions were made that were very tough, but she never wavered from being able to sit down with a group even if they were against the decisions she was looking to move forward with.”

DeLeon said Garza made positive changes in Lubbock. One was to consolidate schools. “Closing the schools was the hardest issue for her. So many parents came to these hearings, and complained that closing schools was not right, that the school was the nucleus of the neighborhood. But Garza worked with them until you could see a transformation from those parents. It’s true that now the kids have to go a little further, but what they did made it possible for 2-3 teachers to teach a 3rd grade class. They coordinated, they worked together, and they did a much better job serving the needs of the kids. You could also actually see the gap close between minority and ‘anglo’ kids.”