Elected official recalls the ups and downs of two terms on the board. 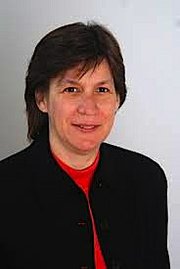 When Sally Baird was first elected to the Arlington School Board in 2006, the county's public school system was still shrinking and Baird was a first-time candidate. She was the parent of a 3-year-old and a 6-year-old, so she had been involved in her children's schooling as well as early-childhood issues. A seat had opened up when Mary Hynes announced she would not seek another term on the School Board.

"I decided I would give it a try. I always had an idea that maybe one day I would run for office," said Baird, who is finishing her second 4-year term on the School Board. "And it worked."

In her first election, Baird was an outsider who was going up against a candidate with several endorsements from Democratic Party officials. Now, in retrospect, she sees that campaign as a time when she endured a trail by fire. Now that she has announced she will not be seeking a third term on the School Board, three candidates have emerged to become part of the next generation of voices on the Arlington School Board — Greg Greeley, Barbara Kanninen and Nancy van Doren. Arlington Democratic Committee Chairman Kip Malinosky said voters who will participate in the Democratic endorsement are looking for a candidate who can deal with the challenges facing the school system today.

"They are looking for someone who is going to an excellent job managing the challenges of increasing enrollment at a time when budgets are hard to come by," said Malinosky, a civics teacher in Fairfax County. "We're looking for a commitment to excellence in our schools, and reducing the burden of standardized testing."

COLLEAGUES DESCRIBE Baird as tireless advocate for early childhood education, an issue she continued to champion during her years on the board. They praise her efforts to be a liaison between the school administration and community groups on facilities and transportation. Ultimately, though, they say her most useful skill was the ability to work with people who have different opinions.

"She's a consensus builder," said School Board member Emma Violand-Sanchez. "She's a very caring person, and she will be missed."

Baird describes her time on the School Board as a transitional period in the county's history, when the system appointed new leadership and began dealing with a different set of challenges. Even though a small percentage of Arlington voters have children in the public-school system, about 15 percent, all the county's taxpayers have a vested interest in what happens in the classroom.

HER MOST DIFFICULT time on the board was in 2009, when the enrollment trends started to change. Instead of going down, enrollment projections were starting to go up. That meant school officials needed to draw new boundaries. Baird found herself in the midst of a nasty fight over a boundary change that ended up failing, a process that she now describes as the lowest point of her time on the School Board.

"It was school communities turning on each other," said Baird. "Everybody was pointing the finger and saying move those people, and there were some racial divides."

Baird describes her high point on the board as the boundary changes that happened in 2013. When the final vote was on the docket to move about 600 students, the board heard from three speakers. The lack of pubic outcry was a success for a School Board that could have been facing the same kind of civil war that erupted in 2009. Instead, the change was made quietly and without much public notice at all, let alone outrage.

"It showed me that the work and the investment that we had done in going about a different process and really putting a lot of energy on the front end into community really made a difference," said Baird.