Three Candidates Vie for Democratic Endorsement to Arlington School Board

Race to replace Sally Baird is on for Democrats. 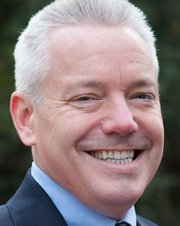 Greg Greeley, 49: A native of Toledo, Ohio, Greeley was raised in Temperance, Mich. He has a bachelor's degree and a master's degree in computer science from the Massachusetts Institute of Technology. After he received his undergraduate degree, he was commissioned as a lieutenant in the Air Force, where he was on active duty for four years at the Pentagon. He is currently a program manager for Energy Enterprise Systems, which does work for the federal government. He lives in the Douglas Park neighborhood, and he votes at the Four Mile Run precinct. He has a son who was adopted from foster care who who graduated from T.C. Williams High School in Alexandria and a son who is a seventh grader at Jefferson Middle School. 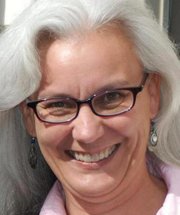 Barbara Kanninen, 50: A native of Richland, Wash., Kanninen was raised in Columbus, Ohio. She has a bachelor's degree in business administration from Ohio University and a master's degree in economics from Texas A&M and a doctorate in agricultural and resource economics from the University of California at Berkeley. She is currently data specialist and owner of BK Econometrics and the author of a line of children's books. She lives in the Rock Spring neighborhood, and she votes at the Williamsburg Middle School. She has two children in Arlington Public Schools, one at Yorktown High School and one at the Arlington Career Center. 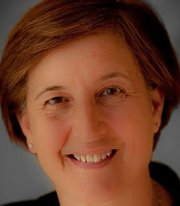 Nancy Van Doren, 53: A native of New York City, Van Doren was raised in New York and Cornwall, Conn. She has a bachelor's degree in Humanities and International Affairs from the School of Foreign Service at Georgetown University and a master's degree in management from the Hartford Graduate Center, now known as Rensselaer Polytechnic Institute. She lives in the Ashton Heights neighborhood, and she votes at Clarendon United Methodist Church. She has four children, three at Washington-Lee High and one at Thomas Jefferson Middle School.

Arlington County schools are at a crossroads. Enrollment is steadily rising, and parents have become upset about the amount of standardized testing that takes place in schools across the county. Meanwhile, two-term School Board member Sally Baird says she will not seek another term, opening up the seat to a new generation of leadership.

"The advice for the next School Board member is to make sure that you are hearing everybody," said Sally Baird, who says she has no interest in running for County Board. "At the same time, you have to make sure all the school community folks see the bigger picture of the entire school system and not just one school."

Although the Arlington School Board is a non-partisan race, three candidates are seeking the Democratic endorsement for the office. While that doesn't necessarily mean they will sail into office, the candidate with the nod from the party almost always wins the election. Democrats are planning a firehouse primary on May 15 at Drew Middle School and May 17 at Washington-Lee High School. Leaders in the Arlington Democratic Committee say voters will be looking for candidates who can use their experience to help guide the school system.

"They are looking for someone who is going to do an excellent job managing the challenges of increasing enrollment at a time when budgets are hard to come by," said Arlington County Democratic Committee Chairman Kip Malinosky, a civics teacher in Fairfax County. "We're looking for a commitment to excellence in our schools, and reducing the burden of standardized testing."

GREG GREELEY says Arlington Public Schools are not ready for the enrollment spike that's about to happen. Since he joined the school system's facility advisory committee three years ago, Greeley says, he has come to the conclusion that Arlington needs a master plan to deal with an enrollment of 30,000 students by the next decade.

Greeley said he doesn't have a proposal, although he thinks the school system needs to launch a process that would allow the community to make a decision. If the community decides to stay with three high schools, he said, that would mean that the size of the schools would increase from 1,500-1,900 students to schools that would have 3,000 or more — common for Fairfax County, but not for Arlington. Greeley also says as the parent of a special education student, he would advocate for a streamlined system that would allow parents and students to navigate the system better.

"It's little things like tacking Velcro to the underside of the desks so that kids can rub their fingers along it, and it gives them some sensory input but it also allows them to focus," said Greeley. "The county needs more of those kinds of consistent applications of common sense measures to help kids through their classes."

BARBARA KANNINEN says she is running for the School Board because she is passionate about children and education, spending years as an advocate and volunteer. Now she wants to use her experience with statistics and sustainability on the Arlington County School Board. Her top priority is pressing forward with a high-tech curriculum that also has room for arts education and culture.

"We have a situation where we have a wide variety of how much science we teach in the schools, especially elementary schools," said Kanninen. "And the minute we mention science, we have to balance that by saying we always want to be strong in the arts."

Like all the candidates, Kanninen says the pendulum has swung too far in the direction of standardized testing. She says the documents that the school system puts out should not place as much emphasis on the stardardized test scores. Aside from that, she says, one of the most important things that she could do as a School Board member would be a voice to create some distance between how children are assessed and the system of standardized testing that has become unpopular with parents who feel that many teachers design their curriculum around a series of tests.

"We need to start talking about how we can define achievement in new ways," said Kanninen. "And I want to be a voice at the table that will be pressing for that."

NANCY VAN DOREN has spent the last decade volunteering in a number of capacities. Her experience ranges from the County Council of PTAs and the Advisory Council on Instruction to the Career Center Parent Advisory Committee and the Multi-Modal Transportation and Student Safety Special Committee. Now she wants to bring that experience to the Arlington School Board, focusing on making sure the county's instruction prepares students for colleges or careers.

"The reason I'm doing this now is that I just have so much knowledge and spend a great deal of time advising School Board members," said Van Doren. "It's time for me to be at the table helping to make decisions rather than advising."

On the campaign trail, Van Doren says, she hears from parents that they believe students spend too much time taking standardized tests. She says she's also heard from teachers who have said they believe standardized testing doesn't necessarily inform them as to what they should be doing with the children. As a result, she said, the county needs to focus on tests that are necessary and do away with tests that are extraneous.