School Board Votes For Longer SLEEP

Money saved from annual bus route review will be earmarked for implementation of later start times. 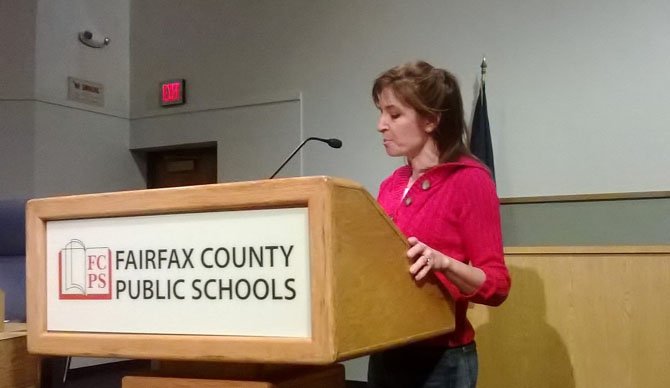 Many students and parents say that the 7:20 a.m. start time of high schools in Fairfax County is having a devastating effect on students’ health and well-being.

"There is concrete evidence proving that teens with adequate sleep have improved learning, better memory, and a brighter outlook," said Beth Steel, who advocated for later start times on behalf of SLEEP at a recent school board hearing.

As a follow-up motion to approving the FY 2015 budget, the school board passed a motion recommending that Superintendent Karen Garza identify savings from the 2014 annual bus route review and earmarks those savings to offset the possible cost of implementing later high school start times.

THE MOTION was introduced by Mason District School Board member and SLEEP co-founder Sandy Evans.

"I offer this motion as a very modest approach to earmarking some transportation funds to help implement later high school start times," Evans said. "We find efficiencies in our bus service. If we find these efficiencies, it simply makes sense to recognize that these resources may soon be needed to implement improved bell schedules."

Evans stressed that the motion does not change the transfer request of the FY 2015 proposed budget, and does not take money out of any other budgets.

"As we look at the best approach to make sure that all of our students, K through 12, have healthy schedules, it’s important to show that we’re looking ahead and moving in the right direction," Evans said. "The community has been waiting a long time for this. This is a small way for us to say that we do indeed care about and are committed to the physical, emotional and academic health of our teen students."

"We have the opportunity right now to demonstrably put our foot down and say, as we identify savings, we are going to make strides to fulfilling the promise that the resolution set more than a year ago. We’re not going to do it with no money. This is the time for us to say, we choose to take the next step," Schultz said.

SLEEP, which stands for Start Later for Excellence in Education Proposal, has been advocating for later start times in Fairfax County since 2004.

"It was April 2012 that this board set the goal of later start times for high schoolers. This board has also established the goal of physical health and safety and well-being of our students. For those reasons, I feel that we need to be pursuing this with added haste and zest," Reed said.

SLEEP ADVOCATES voiced their concerns for implementing a later start time as soon as possible at the last public hearing on the budget on Jan. 27.

"In some respects, this is the longest running community engagement project that FCPS has ever had. Now, it is time to act," said SLEEP advocate Phyllis Payne.

Mount Vernon School Board member Dan Storck was among the supporters of Evans’ motion.

"All we are asking for is that with any savings that we have, from now on in a sense, at least in this budget year, that we will invest that in the way that this board has already said that we should invest it, which is in our kids, giving them an opportunity to get a little more sleep at night, to be a little more rested and do better in school frankly," Storck said.