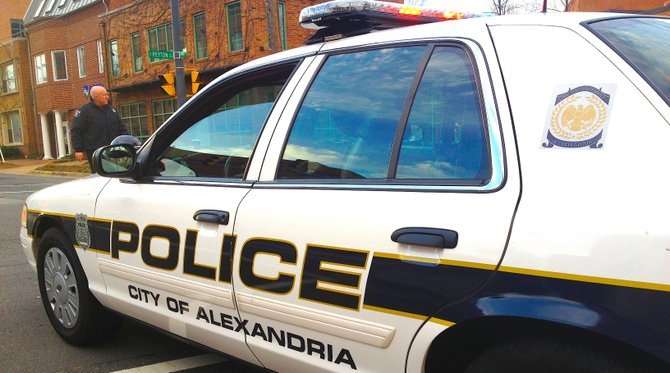 Across Virginia, police agencies use the Freedom of Information Act to deny access to basic information available in other states, including audio of 911 calls.

When city officials in Alexandria released the audio of a 911 call in a high-profile murder case, many people interpreted the move as a step forward for transparency in a commonwealth known for opaque government. But then reality set in. The release was a mistake. The city attorney's office failed to consult with the police department, which carefully guards its privilege to withhold information from the public.

"It was a clerical error that the 911 call was released," said Crystal Nosal, spokeswoman for the Alexandria Police Department. "We didn't waive the privileges under FOIA, so they are not going to release it again."

Across Virginia, police agencies routinely deny access to basic information and documents available in other states. One key example of the lack of transparency is audio from 911 calls, which are regularly released in most states across America. But not in Virginia, which is one of the reasons why the commonwealth got a failing grade for transparency from the State Integrity Investigation in 2012. Advocates for open government say audio from 911 calls should be available to the public so people know how their government is — or isn't — working on their behalf.

POLICE AGENCIES in Virginia don't see it that way. The Virginia Freedom of Information Act gives them sweeping power to withhold documents and information, a power that is unprecedented in any state in America. And even though part of the law talks about public records being presumed open, Virginia police officials tend to view them as presumed closed because they have the power to prevent the public from having access.

"A lot of the time, what you get with 911 tapes is someone calling in is someone who is afraid of being identified," said Dana Schrad, executive director of the Virginia Association of Chiefs of Police. "They want some kind of understanding that they are not going to have their name released."

Advocates for open government disagree with that perspective. They say 911 calls should be available to the public so people know how their government is working on their behalf. Instead of denying access to public records altogether, which is how Alexandria is now handling subsequent requests for the 911 audio in the Ruthanne Lodato murder, those who support public access to government documents say the information could be partially redacted to protect sensitive information. But that's not how the Alexandria city government is handling the situation. In response to a Freedom of Information Act request from Connection Newspapers, the city attorney's office said the record was being "entirely withheld" even though it was already released to the Washington Post.

"They can't discriminate from one media source to the next," said Ginger Stanley, executive director of the Virginia Press Association. "And they can redact parts of the call they think might jeopardize the investigation, but they aren't supposed to redact the whole thing."

IN VIRGINIA police agencies have the ability to withhold a variety of information from the public, including "documents and information, including complaints, court orders, memoranda, notes, diagrams, maps, photographs, correspondence, reports, witness statements, and evidence." Police agencies regularly use this part of the Freedom of Information Act to prevent the public to having free access to information.

"I think they are exercising their discretion too broadly," said Grannis. "This sort of information should be made public by default, particularly in this situation where they have already released the tape and it has already been made public, there really cannot be a justification for withholding it from future requesters."

Alexandria police officials say the justification is that the transparency was a mistake — that they never intended on sharing the audio with the public. Perhaps most importantly, police leaders underscored, they did not ever waive their privileges to withhold information from the public. Across Northern Virginia, government officials say the public's right to know is tempered by the government's desire for secrecy. That means that the presumption is that 911 calls associated with criminal complaints should be secret.

"If there are any kinds of criminal charges tied into a case or if it's an ongoing investigation or if it's ever been part of an investigation, then it's exempt from release under FOIA and can only be released under a court order," said Erikk Daniel, custodian of records for Fairfax County Department of Public Safety. "Once there's a criminal incident associated with a record, then it's exempt from FOIA."