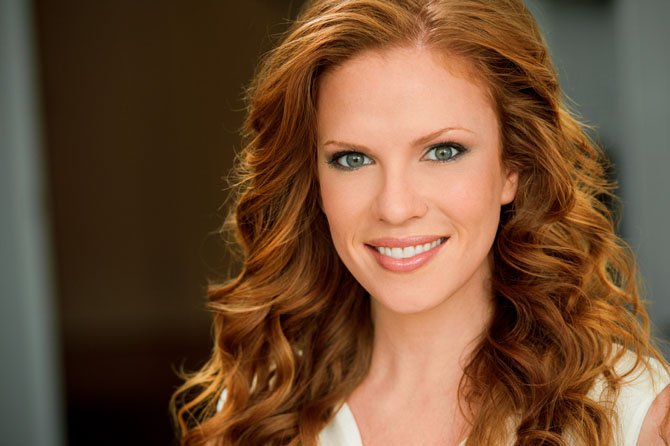 Broadway comes to Fairfax with the arrival of actress Candi Boyd, currently appearing on Broadway in the play, “Jersey Boys.” On Sunday, March 9, she’ll present a musical-theater workshop, “Broadway: Behind the Curtain,” at Fairfax High – and it’s open to all area high-school students.

It’ll run from 12-4:30 p.m. in the auditorium, with a limited number of spots available. Tickets range from $10-$40, depending on level of participation.

The event’s a fundraiser for Fairfax High’s theater program, and school Theater Director Erich DiCenzo hopes to make it an annual tradition. “It’s a fantastic opportunity for students to have exposure to professional and talented artists,” he said. “Anyone with any interest in this field is welcome. Attendees don’t have to be theater students.”

Boyd was his college roommate at Point Park University in Pittsburgh – a conservatory for performing arts – where they were in three shows together. They also performed together in an award-winning show at Cedar Point, Ohio, and kept in touch over the years.

So, said DiCenzo, “I’ve had unique and special experiences working in this career, and I wanted to bring them into the classroom. And I can connect to my friends – my theater family – in New York and bring a hands-on experience to my students.”

WORKING ONE-ON-ONE with the students, Boyd will teach them original choreography from “Jersey Boys” and coach them through songs and monologues. She’ll also answer their questions about what it’s like to be on Broadway and the auditioning process.

She and DiCenzo designed the workshop together with three levels of tickets. For $10, students can watch her instructing the other students and will be able to ask her questions. For $20, they’ll get to learn the dance and perform it onstage, besides participating in the Q&A session.

For $40 – limited to just 24 high-school students – they’ll do all those things, plus receive individual instruction from Boyd. This level of tickets is only available to non-Fairfax High students. To purchase tickets, go to www.fxplayers.org.

For those who do attend Fairfax, Boyd will work with and speak to 24 of them from 10 a.m.-noon. That way, the other 24 spots will be open to students from other high schools and/or counties.

But that’s not all. Also participating in the workshop will be Boyd’s husband, Matt Kaitila, the audio/visual technical engineer of the Barclays Center in New York, where the 2013 Video Music Awards were held.

“It’s exciting that we’ll also have a very highly esteemed techie coming in,” said DiCenzo. “He’ll do a tech talk to tell about the behind-the-scenes world of one of the nation’s most popular and exciting venues. He’s done every concert from Paul McCartney to Justin Bieber.”

AS FOR BOYD, said DiCenzo, “She’s not only performing on Broadway, but she’s also designated to perform any female role needed in ‘Jersey Boys’ productions in Las Vegas and South Africa and on the national tour. And she’s donating her time away from the play to do this workshop.” For more information about her, go to www.candiboyd.com.

So, said DiCenzo, “We’re bringing Broadway, literally, to Fairfax. We’re giving students – whether aiming to follow in Matt or Candi’s footsteps or not – the unique opportunity to rub elbows with and learn from professionals in show business. And for those wanting to find a future in this industry, this workshop can provide them the affirmation they need.”

Proceeds from the event will go toward purchasing new microphones for the theater department. “We’re hoping to start with some new mic packs and replace a few headsets for our stage manager,” said DiCenzo. “Any extra funds would help supply us with lumber for sets, plus replace and repair sewing machines [for costumes]. In the future, we’re hoping to add a scrim curtain to our incredible facility.”

Most of all, he added, “I’m excited to introduce these two friends of mine to the community and continue to blend my two worlds of professional theater experience and teaching. We’re hoping for a great turnout in support of, not only Fairfax High, but the arts in education.”