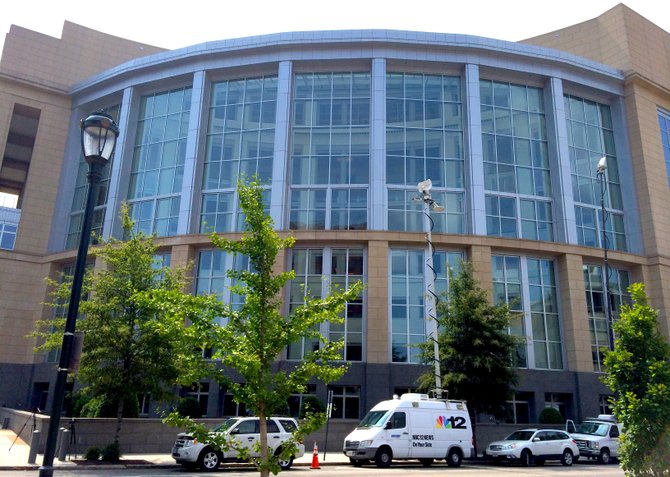 Richmond — When he takes the stand in his own defense, former Republican Gov. Bob McDonnell will read jurors an email that he wrote to his wife as their marriage was said to be crumbling. Describing the email to members of the jury in his opening statements, defense attorney John Brownlee said it was written at a time when prosecutors say the couple were conspiring to sell power and influence to a wealthy Virginia businessman. Inside the Governor's Mansion, though, the two were barely on speaking terms.

"She said she hated him," said Brownlee. "She was angry that there was not enough money for their family, not enough time for her."

After a successful public career that culminated in the the governor making the short list to be a running mate for Republican presidential hopeful Mitt Romney in 2012, McDonnell has fallen very far very fast. He's now engaged in the fight of his life, but not on the campaign trail. This time he and his wife are facing a 14-count indictment from federal prosecutors who say the McDonnells were acting in secret to take money and gifts in exchange for taking action to benefit Jonnie Williams, who was trying to obtain scientific testing from state officials for his nutritional supplement made from tobacco.

"This case is about the McDonnells lining their pockets with secret gifts and cash," said prosecutor Jessica Aber. "Bobs for Jobs — that's what he was supposed to do, just not in exchange for money."

THE CORRUPTION TRIAL of the former governor and his wife is unprecedented in Virginia politics, where commonwealth has enjoyed a reputation of relatively clean government. That is until recently. A grand jury is currently investigating the circumstances surrounding the resignation of a Democratic state senator who was offered a job at the tobacco commission, the same organization that Williams was targeting in his effort to promote Anatabloc. In his opening statement for Maureen McDonnell, defense attorney Bill Burck said the first lady of Virginia was a "true believer" in nutraceuticals and became a "favorite playmate" for Williams as her marriage fell apart.

"You will even hear evidence that she had a crush on Mr. Williams," said Burck. "Jonnie Williams is very good at using people to get what he wants."

If opening statements this week are any indication, Williams will be at the center of the trail as each side presents evidence to the jury. For prosecutors, he's the star witness — the whistleblower who was given immunity from prosecution in exchange for exposing how the governor and his wife accepted $150,000 in exchange for using the power and prestige of the Governor's Mansion. For lawyers representing the McDonnells he was a scheming manipulator who turned state's evidence to keep himself out of jail.

"He thought of himself as a big fish," said Burck. "But he knew Governor McDonnell was an even bigger fish."

OPENING STATEMENTS offered each side an opportunity to make an initial impression with members of the jury, a way to establish a connection and make promises about evidence to come. It was also an opportunity for some moments of high drama. The lawyer for McDonnell played two videos of the governor engaged in economic development and quoted from a book titled "Once an Eagle." He outlined a case in which the governor's defense will be that he was merely promoting Virginia products.

"He eats Virginia ham. He drinks Virginia wine," said Brownlee, who once ran for attorney general. "My guess is that if he smoked, he would smoke Virginia cigarettes."

The lawyer for Maureen McDonnell focused much of his opening statements to attacking Williams, who he said has changed his story several times. Burck compared it to an iPhone that keeps getting a new operating system. Version 1.0 was the original and unadulterated version, the one that denied wrongdoing and supposedly lied to prosecutors. Version 2.0 was when he struck a deal with prosecutors and told a different story. Even as the trial date approached, Burck said, Williams changed his story seven more times.

"That's nine different versions, and each one keeps getting better for the government," said Burck. "Which Jonnie Williams are you supposed to believe?"

PROSECUTORS SPENT their opening arguments laying out a timeline they say shows official actions were taken shortly after gifts were offered or loans were received. In one dramatic moment, for example, Williams shows up at the Governor's Mansion with a blank check. But Aber was also careful to manage expectations, acknowledging that prosecutors do not have one singular piece of evidence that shows the sweep of the conspiracy case.

"No single witness will be able to tell you this entire story from soup to nuts," said Aber. "The defendants are way too sophisticated for that."

Legal experts say the opening statements play an important role in setting the tone for jurors and letting them know what to expect.

"Opening statements are critical and the reason for that is it's kind of like a first date. You only get one chance to get it right," said Rich Kelsey, assistant dean of the George Mason School of Law. "It's about building a story that makes sense and answers their questions before they know they have questions."