Technically it’s the primary, but almost certainly, the primary winners will win in November.

The Primary Election for Montgomery County state and local offices, plus members of Congress, is Tuesday, June 24, 2014.

If you want some choice in who will represent you on County Council, as County Executive, in the Maryland General Assembly, now is the time to engage. If you think it doesn’t matter much, these are the people who make land use decisions, decide what to do with county property, who set tax rates, who decide how much money will go to schools, who control services that affect traffic and many other things that affect quality of life more than anything that happens at a national level.

Currently, all of Montgomery County is represented by Democrats at all levels.

This week, the Almanac will begin coverage of particular races that will be decided in the primary election with County Council District 1. Candidates responded to our request for information about why their candidacy matters, and why in Potomac in particular. Candidates also provided a short bio. These responses have been edited for length, but are in the candidates’ own words.

In coming weeks, we will publish responses from candidates for County Executive, County Council at Large, and candidates for State Senate and Delegate from Districts 15 and 16. 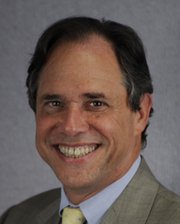 Councilmember Roger Berliner (D-1) lived in Potomac for 23 years. He was first elected to the Montgomery County Council in November 2006 as the District 1 representative for the Bethesda, Chevy Chase, Potomac, Kensington, and Poolesville areas. In 2011, he was elected by his colleagues to serve a one-year term as Council President. He is chair of the Transportation, Infrastructure, Energy, and Environment Committee and a member of the Public Safety Committee. Regionally, he is the vice chair of the Washington Regional Board of Directors of the Council of Governments and chair of the Climate, Energy, and Environment Policy Committee.

His 20-year legal career qualifies his as one of the nation’s foremost energy lawyers, experience that has served our community well in dealing with PEPCO and other energy/environmental issues.

Berliner obtained his law degree from McGeorge School of Law in Sacramento, California, and his undergraduate degree from Dartmouth College in Hanover, New Hampshire. He is the father of Jesse Marie and Owen David Berliner, and currently lives in Bethesda. When he does get a chance to relax, he is a passionate fly fisherman, golfer, and an avid Nationals, Wizards and Redskins fan.

Roger Berliner on why his candidacy matters to Potomac residents:

Those of us who have had the privilege of living in Potomac, as I have, are familiar with all Potomac has to offer. My goal as your councilmember for the past eight years on the Council has been to preserve and enhance that quality of life for us and for our children. “Sustainability” has been a guiding principle for me — a sustainable economy and a sustainable environment.

As one who lived adjacent to the C&O National Park for many years, I have a deep and abiding interest in preserving our natural environment and resources. I led the fight to make sure that our fragile environmental treasure, 10 Mile Creek, was not destroyed by over development. And I sponsored nine environmental/energy bills that my colleagues approved on Earth Day that will, among other things, (1) require our county to only buy renewable power; (2) make it cheaper and faster for you to put solar panels on your home; and (3) create green jobs in making our commercial buildings more energy efficient.

But the concept of sustainability includes our economy too. And our economy is struggling. Our county must continue to attract jobs because without a stronger tax base, our county will not be able to provide the quality of service — the quality of life — we expect and deserve.

My focus has been on creating a better business climate for our County, and here are just a few things I have done in this important realm:

Finally, I represent some of the finest residential neighborhoods in the county, and I am pleased to have the support of many neighborhood leaders throughout District 1, including the Brickyard Coalition. I have fought hard to make sure that we preserve the integrity of our neighborhoods.

It has been a privilege to represent the good people of Potomac on the County Council, and I would be honored to do so for four more years. 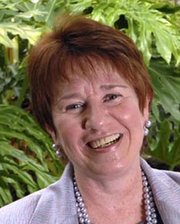 Past advocacy in the areas of public health, mental health, women’s issues and progressive values.

Current service on the National Research Center for Women and Families Board; Cornerstone Montgomery Board; and the Montgomery County Family Justice Center Foundation, Advisory Board.

Creation of the Montgomery County Family Justice Center – a clearinghouse facility for domestic violence victims and their families. In almost five years, we have served close to 6,000 individual families from more than 100 countries.

As the only health professional having ever served on the Council, I led the efforts to pass a trans fat ban which was the first such action nationally on a county level.

As a long-term resident of White Flint, I helped define the parameters of re-development in my backyard. Passed legislation to ensure adequate development project coordination, specifically in the area of tax revenue. Worked with the community and the White Flint Partnership to ensure community participation early and often in that process.

Parent of daughter Scarlett, a graduate of Walter Johnson HS and the University of California, Berkeley, She is currently a graduate student at the Harris School, University of Chicago. My son, Walter, is recovering from schizophrenia and lives independently and successfully, in a community rehabilitative setting in Silver Spring. My public advocacy in the area of mental health was borne out of Walter’s journey in recovery.

The people I have met in District 1, including Potomac, believe deeply in Montgomery County’s promise but also understand real leadership is urgently needed in Rockville. They want a progressive fighter, a leader who will protect our quality of life but also help plan for our future. They are tired of the back-room political deals and want a leader who has integrity and a heart. They know we must face our future challenges with both compassion and common sense, whether we are talking about the preservation of the Brickyard Educational Farm or the adequate funding of school construction.

Our top priorities must be growing the local economy and creating jobs, supporting our teachers and students, sustaining our environment, honoring our seniors and veterans, and reaching out to the most vulnerable. In my career, I have fought against the political establishment, entrenched special interests, and I’ve beaten breast cancer to do what needed to be done for others in my life and for the people in my community. I will win the nomination because District 1 voters know I’m a fighter and the truth is that the future of Montgomery County rests in the hands of hard-working women and men.

My record of accomplishment for seniors, veterans, domestic violence victims, children and the mentally ill underscores my unwavering commitment to progressive values. Our campaign is about working with all parties, including business and labor, and empowering Montgomery County residents so that we create a local economy that sustains all families, and leaves no one behind.