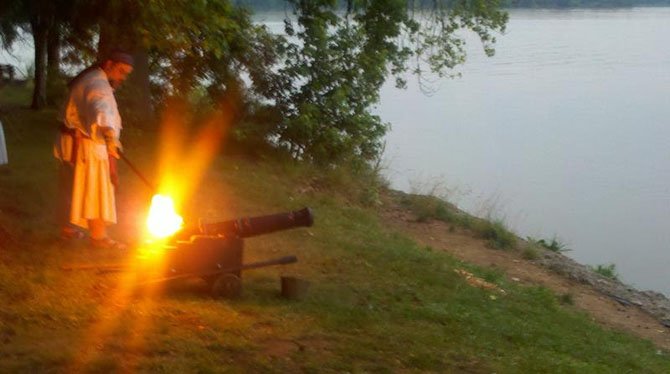 Pirates will reenact a battle and then storm the beach at Pohick Bay Regional Park this Saturday. Photo Courtesy of Northern Virginia Regional Park Authority.

This Saturday, Pohick Bay Regional Park will look a little bit different as it’s invaded by pirates for the fifth anniversary of Pirates’ Day.

Pirates will invade the water park at Pohick Bay in search of buried treasure this weekend.

Pirates will attack the park in a battle re-enactment, and will then storm the water park at Pohick Bay in search of buried treasure.

“We are thrilled to host the number one pirate event in Northern Virginia for the fifth year in a row,” said Paul Gilbert, Executive Director of NOVA Parks. “Pirates capture the imagination of people of all ages. It is the sense of danger and adventure that they symbolize.”

10 a.m. – Pirate Encampment by the marina is open

2 p.m. - School for Scallywags outside of the waterpark