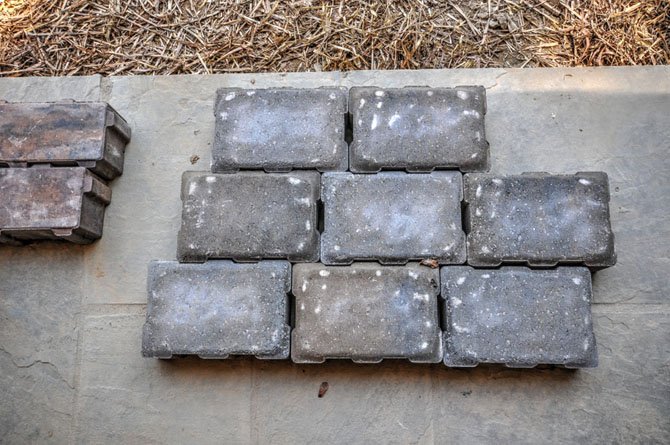 Previous pavers were on display at the open house. The pavers were used in construction of the driveway to reduce the amount of water runoff. Photo by Louise Krafft.