Hearing Loss Doesn’t Have to be Life-changing
Votes

Hearing Loss Doesn’t Have to be Life-changing

“What?” May is Better Hearing and Speech Month. 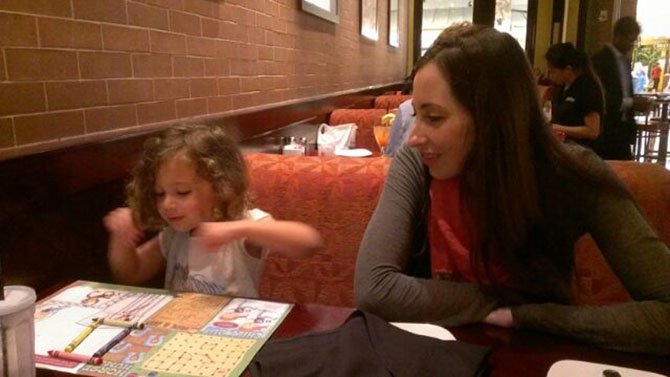 On any given workday, you might find Arlington resident Erin Weiner sitting in a family-friendly restaurant causally coloring or playing games with a young child. At first glance, she might be mistaken for any young mother entertaining her offspring while they wait for a meal. In actuality, Weiner, who is a speech-language pathologist, is employing what she describes as an innovative approach to therapy that involves working with a child in his or her natural environment.

Hearing loss affects more than 36 million Americans. During the month of May, Better Hearing & Speech Month, Weiner and other speech and hearing professionals are working to raise awareness about communication disorders and the treatments that are available.

“Most people don’t realize how the loss of hearing is interfering with their lives,” said Michael V. Massa, AuD., of Massa and Associates, Doctors of Audiology, with offices in Springfield and Mount Vernon. “Hearing loss is usually gradual and a spouse or family member will notice it first.”

Massa says that while hearing loss is most common in people aged 50 and older, it can affect patients from newborns to the elderly. Recognizing the warning signs and finding the proper treatment can be life-altering. “People come back and say ‘if I had known how much this would have helped, I would have come to see you much earlier,’” said Massa.

EARLY DETECTION IS CRITICAL. “Hearing loss can affect one’s ability to communicate with and engage others in the community,” said Jeffrey Edge, rehabilitation services manager for the Fairfax County Health Department. “The earlier you detect a hearing loss, the sooner you can take steps to hopefully decrease the impact of the loss on communication. Early detection of hearing loss is most important with infants and children as hearing is critical to developing speech and language skills and learning.”

Edge points to research from the National Institute of Health, National Institute on Deafness and Other Communication Disorders, which shows that speech and language development begins in the first six months of life and children who get treatment early develop better language skills than those who don’t.

There are certain signs that tell parents their children might be experiencing hearing loss. “Is the child responding to their name when the child isn’t looking at you?” asks Weiner. “Are they speaking as much as their peers? Are they saying ‘What?’ a lot? Do they seem to be reading your lips? If a fire truck with its sirens on goes by does the child look up? Are they having problems speaking at the right volume?”

Hearing loss in newborns can be hereditary or congenital, said Massa, but it is often caught early because of state laws that require newborn hearing screenings. “At birth we can tell if a child’s hearing is normal or not and this is critical because they have to develop speech,” said Massa.

MASSA SAID THAT the number of Americans with hearing loss has doubled within the past 30 years. “Some of that is due to the fact that we have so many baby boomers,” he said. “Inner ear hearing loss is the most common type of loss.”

Sudden hearing loss is another common hearing disorder that usually occurs in one ear. “With sudden hearing loss, time is of the essence,” said Massa. “The person needs to be seen right away. Studies show that they have a better chance of recovering if treatment begins right away.”

When it comes to treatment, advancements in hearing devices now include the latest digital and Bluetooth technology, which can connect patients to their electronic devices, such as a television, a computer, a smart phone or cellular telephone phone, as well as induction loop systems found in theaters.

“Hearing devices have gotten really good with digital technology. How well a person is going to do with a hearing device is dependent on the type of hearing loss,” said Massa, who has been practicing for more than 30 years. “Fortunately most people can be helped by hearing devices. It is extremely important for those people to be seen by a doctor of audiology.”