John R. Labovitz, Washington lawyer and a leading constitutional law authority on Presidential Impeachment died peacefully in his sleep from natural causes on Oct. 3, 2014, at his residence in Washington, D.C. He was 70. 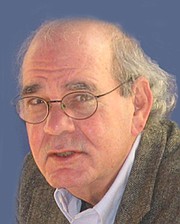 Mr. Labovitz was one of the first staff members hired to serve as counsel for the Nixon Impeachment Inquiry Staff of the U.S. House of Representatives Committee on the Judiciary. He was the author of “Presidential Impeachment,” Yale University Press, 1978 as well as other publications and constitutional arguments on presidential impeachment and the limits of presidential immunity from civil suit. The PBS Newshour called on his expertise during the impeachment proceedings against President Clinton.

A partner with the Washington law firm of Steptoe and Johnson, LLP, he specialized in civil litigation and administrative law focusing on matters involving complex financial and economic issues. He was actively involved in the settlement of a number of high-profile anti-trust cases, railroad regulation and bankruptcies and was involved in designing a settlement formula for major pension benefit liabilities. He successfully represented Canadian lumber companies and provincial governments over a number of years in arguing that the U.S. had improperly imposed tariffs on Canadian timber. He served as a mediator in a number of prominent disputes.

After retiring from legal practice in 2004, he devoted his time to running his apple farm in West Virginia, one of the last commercial orchards in the state, vigorously protecting the rural landscape and his passion for photography. Privately publishing a series of collections of his photographs, he focused his poetic lens on wild flowers, the unfolding of apple blossoms and other natural transformations, rural and roadside buildings and signs, found objects and statuary.

He is survived by his brothers Peter and David Labovitz, nieces Erin Peck and Tara Lloyd, nephews John and Robert Labovitz, grand-nephew Ian Lloyd and grand-niece Sofia Lloyd and sister-in-law Sharon McGee Labovitz, cousin Jack Churchill and other members of his close family.

Memorial contributions may be made to Doctors Without Borders or Oxfam America.