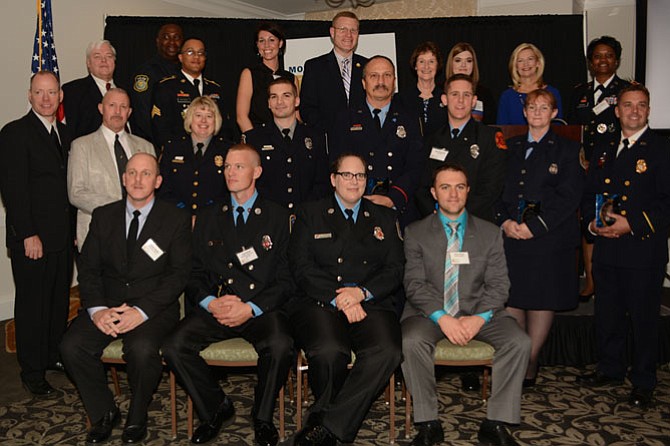 “These are the people who run towards danger when the rest of us run away,” said Sharon Bulova, Chairman of the Fairfax County Board of Supervisors at the seventh annual Police & Firefighters Tribute sponsored by Mount Vernon Lee Chamber of Commerce where 21 personnel were honored.

Bulova along with Supervisor Jeff McKay, and Fort Belvoir Commander Col. Michelle Mitchell praised the first responders and public safety personnel from local stations in Fairfax County and Fort Belvoir. Julie Carey with News 4 emceed the event and shared her personal thanks for community police and fire fighters.

“Public safety personnel have a calling to protect the public.” said McKay, “You don’t know family until you know the families for these men and women who serve in public safety.” McKay requested that all family members present stand and they received applause from the audience.

Special recognition was given to local businessman Michael Bennett, CFO and partner in the Ourisman Automotive Group for being a founding sponsor for the event. Bennett was recognized as a consistent supporter of this event and a friend to public safety personnel.