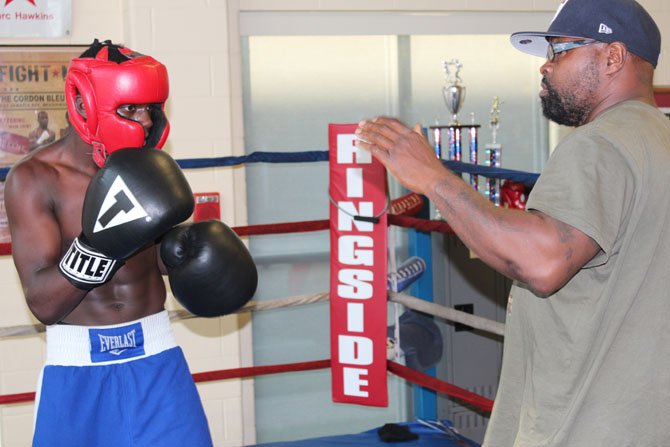 When Troy Isley first walked into the Alexandria Boxing Club five years ago he already had a reputation with the police for fighting on the streets. By 10 he had been charged with assault and was well on his way to a troubled childhood.

Too young to be locked up, his father suggested he take up boxing instead. Now the 16-year-old T.C. Williams student is the current National Junior Olympic Boxing Gold Medalist for 2014. He has also recently won three other national tournaments.

Troy’s picture is now up on the walls of the gym alongside the gym’s founder, philanthropist Joe Robert Jr., and other boxers who trained and did well there.

“When they took me in here the first thing they did was talk to me about what I had been doing and they said that it wasn’t good. I fought outside on the street. I got in a lot of trouble outside of school. It’s good because it keeps you out of trouble and it keeps you focused on school.”

Troy now has plans to go to college – somewhere close to home - so that he can carry on boxing at the gym.

“This place means a lot to me. I don’t know what I would do if it closed down,” he said.

Like most of the members of the Alexandria Boxing club he would not have been able to afford the fees that the city considered making members pay.

“I think it’s crazy that they would even think of doing something like this. I wouldn’t end up fighting on the streets again. But some kids might.”

The club oversees the training of between 20 and 30 mostly neighborhood children at one time, plus a number of adults. It has a strict rule never to turn anyone away. The only other emphasis is on maintaining good grades.

Troy’s coach, Kay Koroma, said: “We have the number one kid in the USA and numbers one and two in the world. Boxing has done well for these kids. But they know they can’t box unless they are doing well in school.

“It’s the good incentive they need. Some of the parents are at work or strung out on drugs, so why not have a safe place kids can go to free?”

Alexandria — The fate of Alexandria’s oldest free boxing club hangs in the balance this week after the city hammered out a conciliatory deal to begin withdrawing its financial support.

For the first time in its 30-year history the boxing club will no longer be completely free. Members over 18 and all non-Alexandria city residents will now have to pay. The club will also have to pay rent to the city.

The club’s lease has been reduced from its usual three years to just one and the number of hours it is allowed to use the gym at the Charles Houston Recreation Center have been reduced.

The one-year agreement is intended to give the club time to find a long-term solution to the problem. The club typically works with poorer neighborhood children who it suspects would not be able to afford the fees that the city wants to bring in. Its programs are currently funded by a D.C-based non-profit organization, Fight For Children, which aims to take children off the streets and help them turn their lives around. 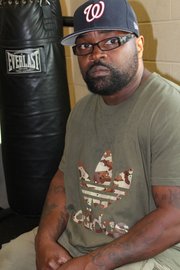 The new agreement is feared to be part of a series of steps by the city to bring the boxing club into line with other public users of recreation centers. The city’s Youth Sports Advisory Board has suggested that clubs which have previously been allowed to operate for free are phased back into paying to operate. It is part of the City of Alexandria’s plan to recoup some of its recreation costs.

Alexandria recoups 12 per cent of its operating budget compared to 34 per cent for recreation departments nationwide. Charles Houston Recreation Center is not the only rec center where changes have been made to try to recover more of its costs.

“The city is trying not to subsidize athletics programs. When it has been subsidizing a sport for a long time they don’t want to take it away all at once. The idea is to phase out that support over time,” Jim Gibson, chair of the Youth Sports Advisory Board, said.

He suspects that over time the city may be aiming to withdraw its support of the boxing club completely.

“It’s a discussion, not a fait accompli. But it is heading that way,” Gibson said. “Suggested phasing out of funding is the fairest way to allow a program to be sustained.”

The club regularly has between 20 and 30 children to which it offers free training sessions. A large percentage of them come from less wealthy families from Old Town’s historic Parker-Gray district. Trainers acknowledge that without the structure and discipline of the boxing club some of those children would be out fighting on the streets.

One of their star members, Troy Isley, 16, was regularly cautioned by police for street fighting before he joined the boxing club five years ago. He is currently the National Junior Olympic Gold Medalist and has recently won three more national tournaments.

“The city is trying to work with us,” head trainer Dennis Porter said. “They want us to bring in more paying residents. We have the numbers. We don’t turn people away. They just don’t pay.

“The city wants to put something else in here that makes more money. But what are they going to do with the kids that are here already?”

Boxing Club trainers fear the city wants to attract a different clientele to the recreation center, just as much as they want to recoup their costs. Recent development has seen existing neighborhood homes in the Parker-Gray neighborhood around the Charles Houston Recreation Center torn down and replaced with expensive town houses. The once almost exclusively African-American neighborhood has seen rapid gentrification over the past year.

Under the new one-year agreement, the club will lose its Sunday practice hours. It will have to share its state-of-the-art equipment with any other paying members of the public who the recreation center wants to rent its gym out to in its absence. It will also have to pay a nominal rent to the city to lease the space. Members over 18 and all non-residents including children will have to pay the going recreation center admission fees.

The boxing club in session at the Charles Houston Recreation Center.

The city originally proposed restricting the number of days the club could use the gym and limiting their hours to daytime use only. They also wanted to make members pay for the training sessions in the same way that other members of other clubs in the city pay for membership.

Jeff Travers of Fight For Children said boxing club trainers remained apprehensive about the future. However everyone involved was relieved that a compromise agreement of sorts had been reached for now. The club had recently been running on a month to month basis unsure as to whether it would be operating the following month.

“It’s not everything but it’s 90 per cent of what the club wants right now. The club members are proud of the club and there has been a bit of tension there,” Travers said. “We are pleased the city has been working with us. This will give us time to keep talking in order to sort things out long-term. The city doesn’t seem to want to drop us completely, but if we stay it’s likely to be on different terms in the future.”

David Miller of the Department of Recreation, Parks and Cultural Activities, who handled the lease renewal negotiations for the city, said, “We want to maintain the boxing program. Our aim is to look at the viability of continuing the boxing club. All we are asking is for the people who use the facilities to pay.”