Fight for Children steps in to cover sparring partner fee. 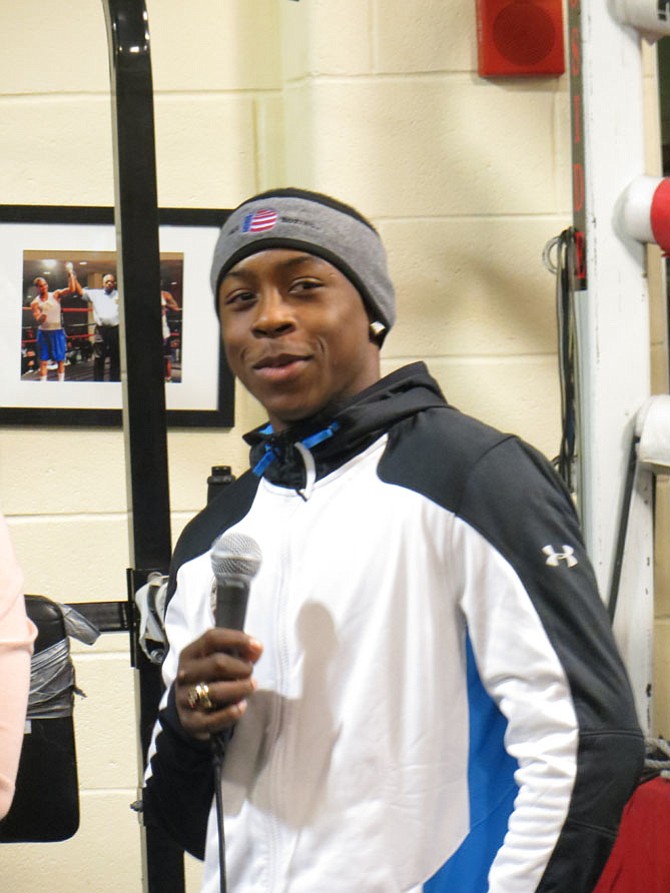 Alexandria boxer Keyshawn Davis, undefeated for over 24 fights this year and winner of the National Golden Gloves. Photo by Vernon Miles.

Alexandria’s Boxing Club is legendary, with several national and olympic champions hailing from the same small corner gym in the Charles Houston Recreation Center. But over the last few months, the Boxing Club has been in the fight for its life. A core part of the boxing club experience is bringing in partners from outside of Alexandria for sparring. On the books, visitors have been expected to pay a fee, but since the club’s founding in the mid-1970s it’s been a largely forgotten rule. But a renewal in the lease agreement with the city sparked discussion of the $10 visiting fee. At a City Council meeting on Feb. 24, several current and former boxers from the gym stepped into the ring to fight the fee.

Dara Shen, the operations manager for the Boxing Club, has been one of the most vocal opponents of the fee. The Boxing Club in north Old Town has served Alexandria’s underprivileged youth for generations, and Shen argued that charging a fee for the boxers to spar against non-resident boxers was another part of the ongoing gentrification in the area.

Shen said the $10 fee, if not paid by Fight for Children, would have been paid by the coaches and managers for every single sparring session.

Boxers who grew up in the area and newer members showed up to show their support for Shen and the club.

“It's all about the kids,” said Dennis Porter. “It's about keeping them off the streets and staying in school.”

Mike Dipley, a newer member of the club, said boxing there had helped him deal with his Parkinson Disease.

“I'm a pretty atypical beneficiary of the boxing club,” Dipley acknowledged. “I've gotten an opportunity to see the coach and folks at rec center first hand.”

Dipley says the training atmosphere be encountered there was incredibly welcoming and friendly.

Following the public hearing, the City Council unanimously approved the lease with the Alexandria Boxing Club.